We went with some friends to Harper's Ferry, which is a historic place for the civil war.  Harper's Ferry housed the country's largest artillery and so it was a target during the war for saboteurs. It also was a place that was important in the lead-up to the war.  Much like the Boston Massacre really stirred up emotion before the Revolutionary war, a character named John Brown stirred up a lot of emotion throughout the country with his actions at Harper's Ferry.  He wanted to liberate all slaves, and he stormed into Harper's Ferry, taking hostages.  He believed that several people would flock to him and he would raise enough of a force to begin liberating slaves.  Instead, he was hanged for treason after capture.  It was a big deal and sparked a lot of emotion that helped bring the country to its tipping point.

Close by to Harper's Ferry is a little train that a family built and runs for $2/passenger.  The train only runs for a few hours on weekends, and it is easy to see why.  It really isn't built for a lot of customers but is instead a fun thing to see. 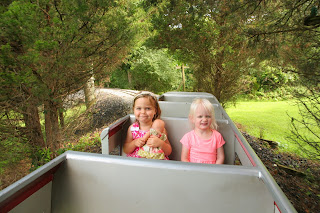 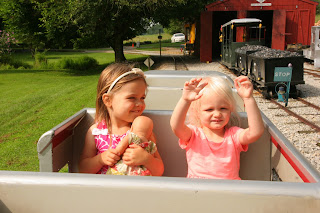 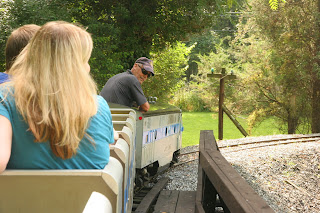 You can see that the only two cars in the "parking lot" (which is actually just the family's front lawn) are the cars belonging to us and to our friends. 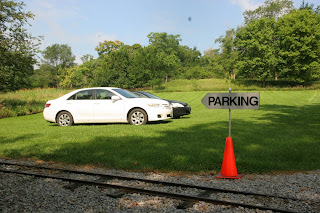