Look at the the things Madison can do: 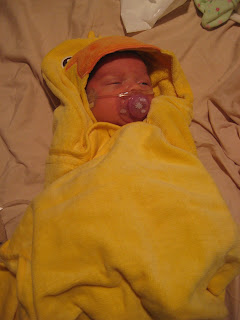 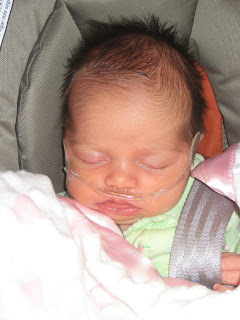 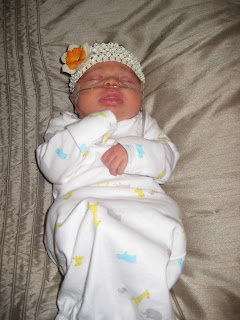 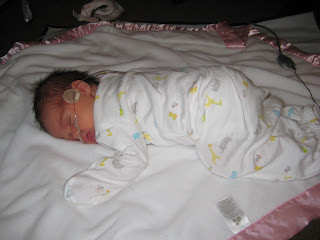 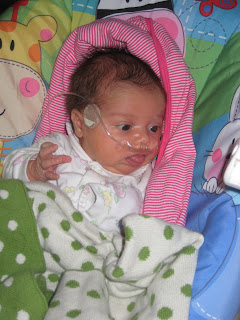 Bed time = party time. Yep, there I was showered, teeth brushed, and ready for bed when suddenly Madison decided she wanted to get up. I quickly jumped into bed and pretended to be asleep in hopes that Tyler would take her, but Tyler also decided to go to bed since he had to get up at 5 to go to work. Only after feeding her at 10, 11, and midnight did she settle down for a short nap before getting up again to eat. No wonder why the nurses didn't have problems feeding her at night!
Posted by Unknown

Birth, the NICU, and Hospital Bills, Oh My! 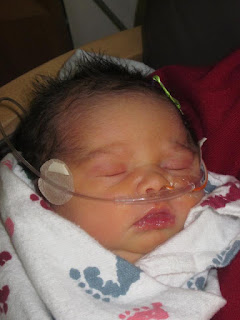 The first picture of Madison. 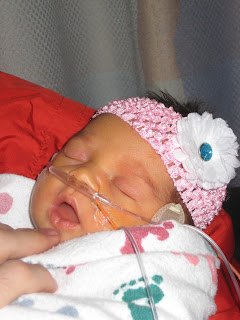 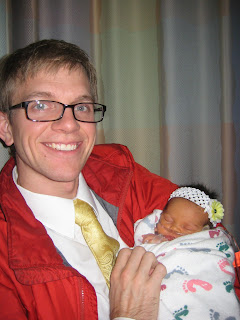 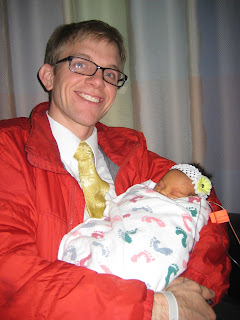 This is the one and only picture of me (with Madison in the background) at the hospital. 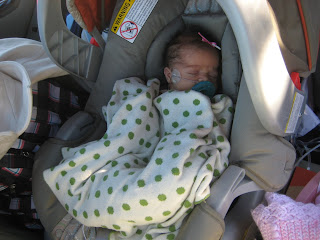 Her first time leaving the hospital. 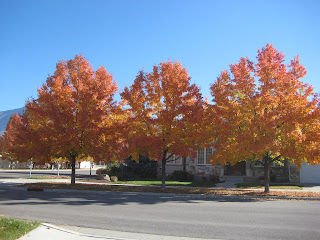 The drive home was beautiful. 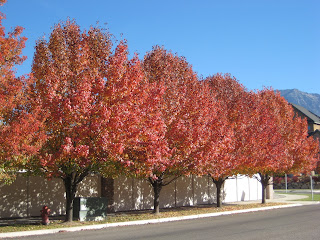 Tyler's brother Daniel told us that we needed to break our kids before they broke us--make sure they know who is boss.  We decided to start early and not let Madison choose when she wanted to enter this world.  Actually, the reality is that I didn't have a choice either.  Due to my preclampsia and lab results I had to go into the hospital right away to be induced (I was warned that this might happen.).  I was not very happy about having to be induced and remember talking to my sister in law about how much more expensive it was for us now that I had to be induced.  Camille said that she would pay anything to have a healthy baby, which made me think I should be grateful that our circumstances weren't worse off.  There isn't anything noteworthy to mention about the labor except that I was glad Tyler didn't need nurse assistance himself as he has a weak stomach for this sort of stuff.  Madison was born at almost 6 pm on October 24th.  She weighed 7 lbs 6 oz and was three weeks early.  If we had waited another 3 weeks I'm not sure we would have been able to get her out of me.  The nurses crowded around her and then they showed her to me for about 10 seconds before they left with Tyler.  I didn't even get the chance to hold her.  My mom also had to leave to be with Kendra when she opened up her mission call.  One minute I was the center of attention and the next I was completely alone.  Tyler found me a couple of hours later and we went to the nursery to take a look.  She was having breathing problems, so we couldn't hold her.  We had to leave soon again while they gave her a CPAP and surfactant.  Her lungs were underdeveloped (34-35 weeks) and she was lacking a rooting reflex  which meant she also had a feeding tube.  Madison was also on antibiotics for 7 days as a precaution to fluid in her lungs.  We spent the next two weeks getting to know the nurses really well and trying to get Madison to eat.  She seemed more interested in sleeping than eating.  She was able to come home on oxygen after two weeks in the NICU.  Her hospital cost of $44,143.78 did not include the daily pediatrician visits, chest x-rays, or x-ray readings.  In addition to Madison's bills we had my portion of medical bills for being pregnant/delivery, which included a high deductible.  My bank account dropped significantly, but I'm just grateful we had insurance and could pay all of of bills without going into debt.  While Madison is worth any cost, I'm hoping she will be our one and only expensive child.