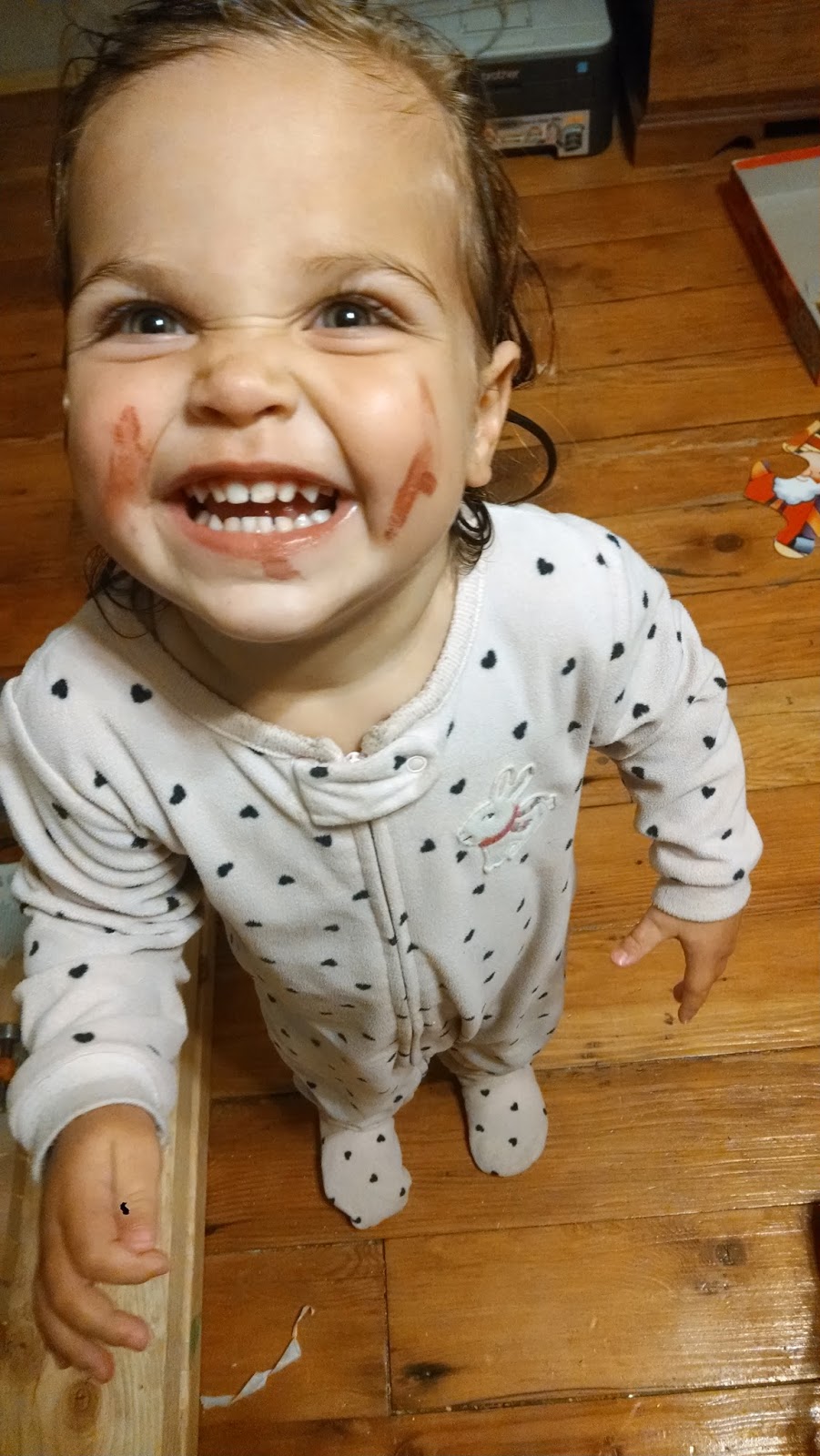 Madison got into some lipstick when we weren't looking.  This was the next day after her bath.  Let's just say this was some top quality stuff because I tried scrubbing her cheeks and it would not come off.  Luckily, I found one single makeup remover cloth in a drawer and it took the lipstick off. 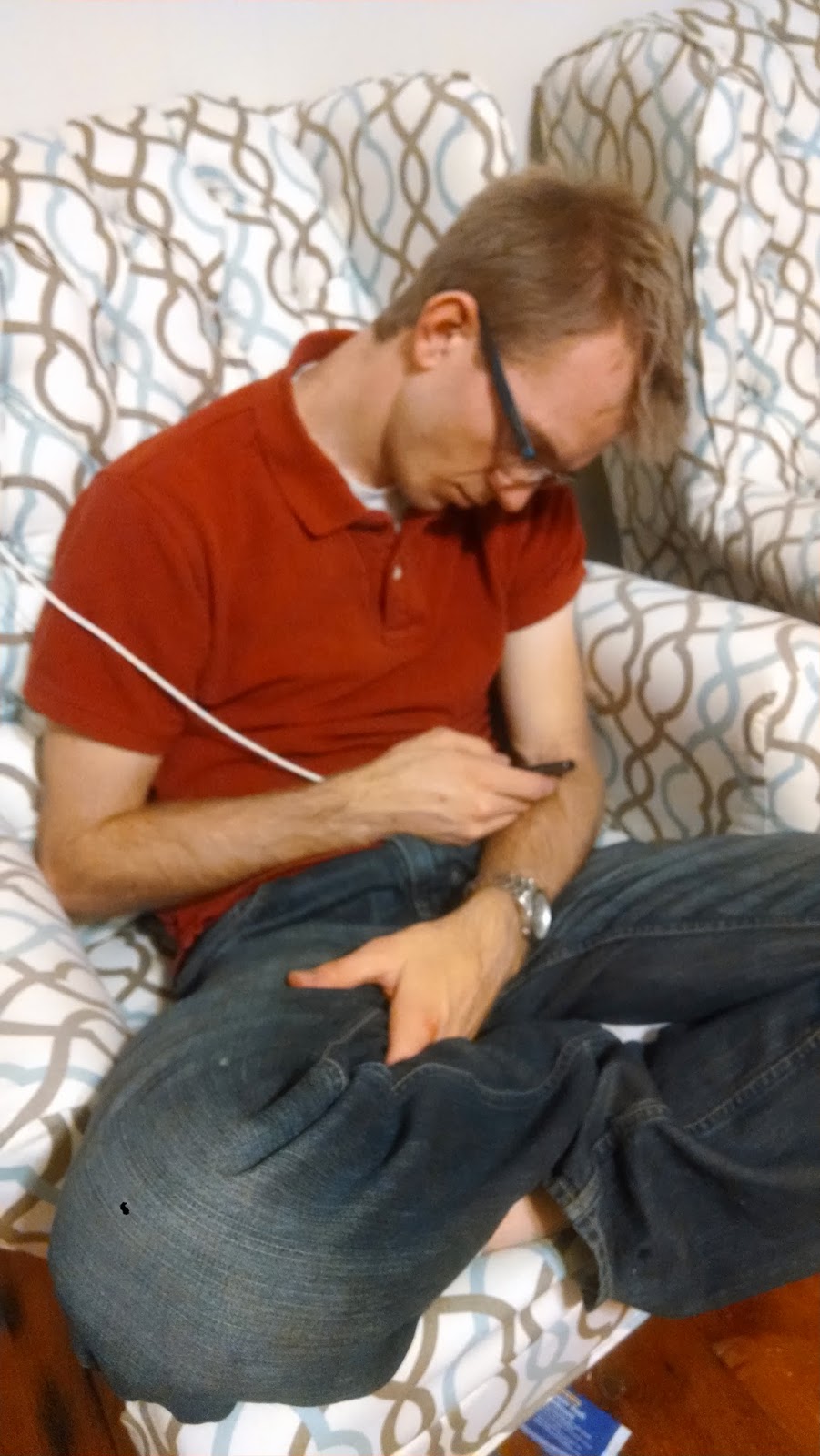 I tried to get him to go to bed. 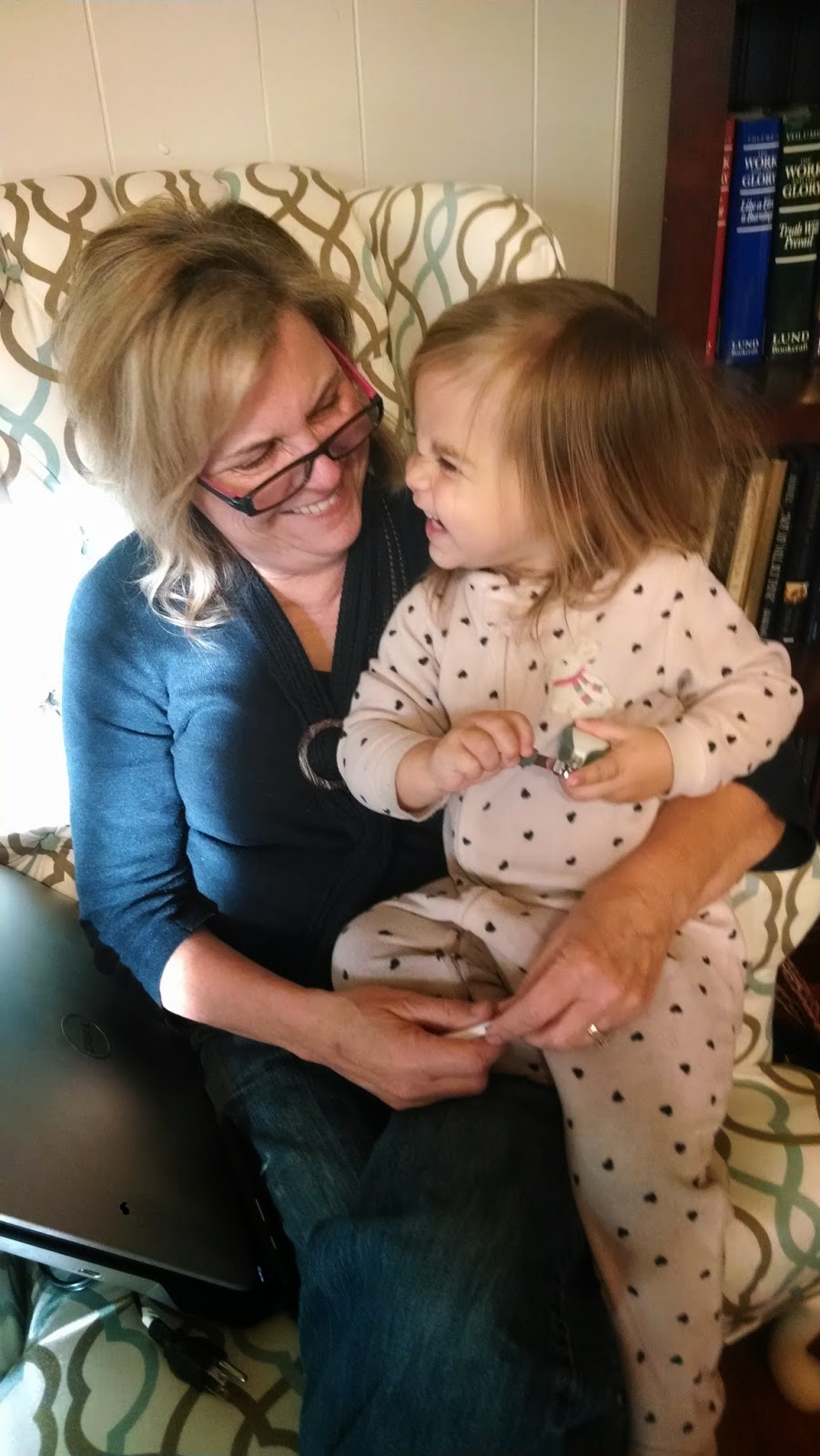 Madison is really chummy with grammy when they came to visit.  Grammy was even lucky enough to read Madison a bunch of books. 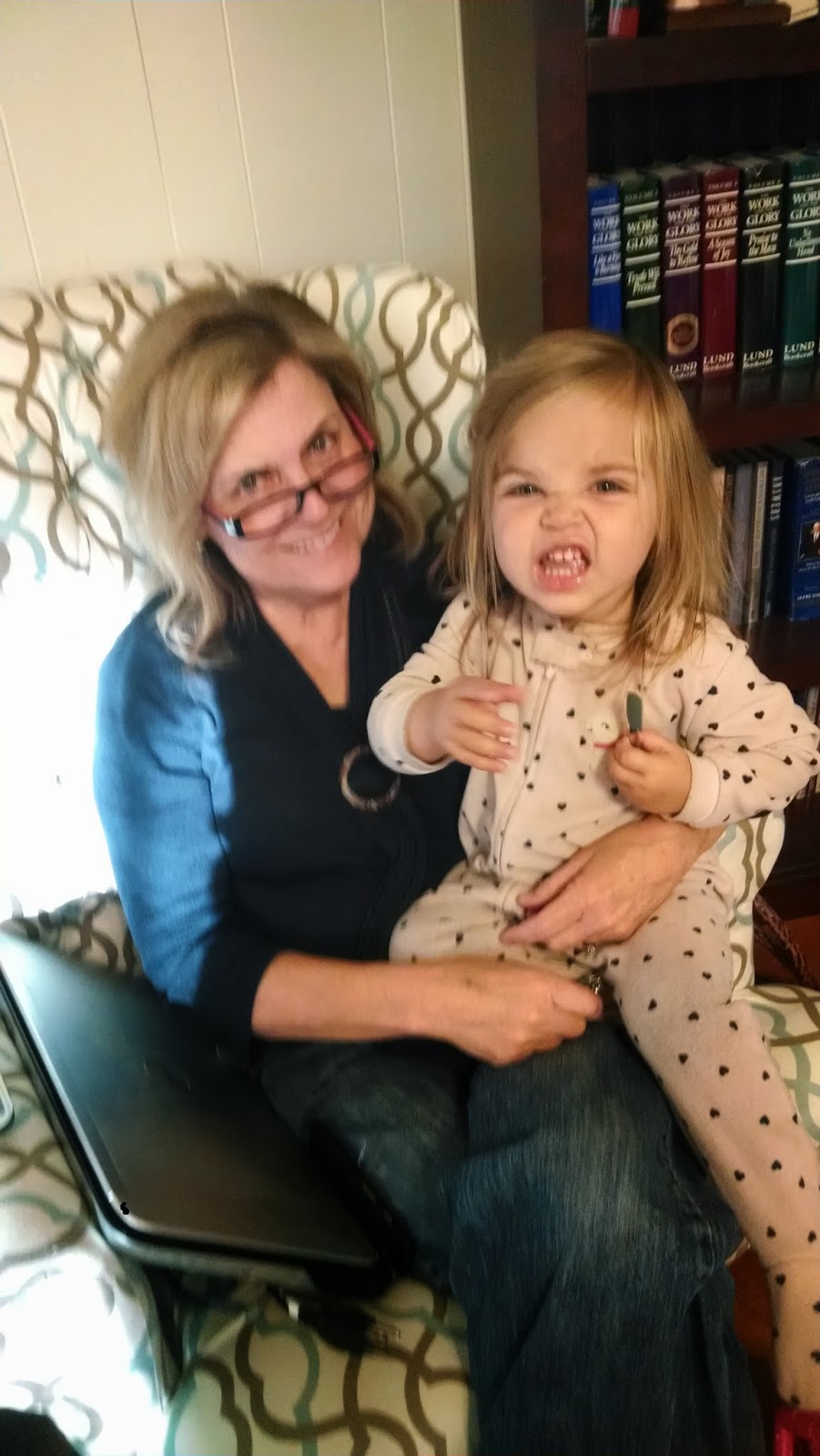 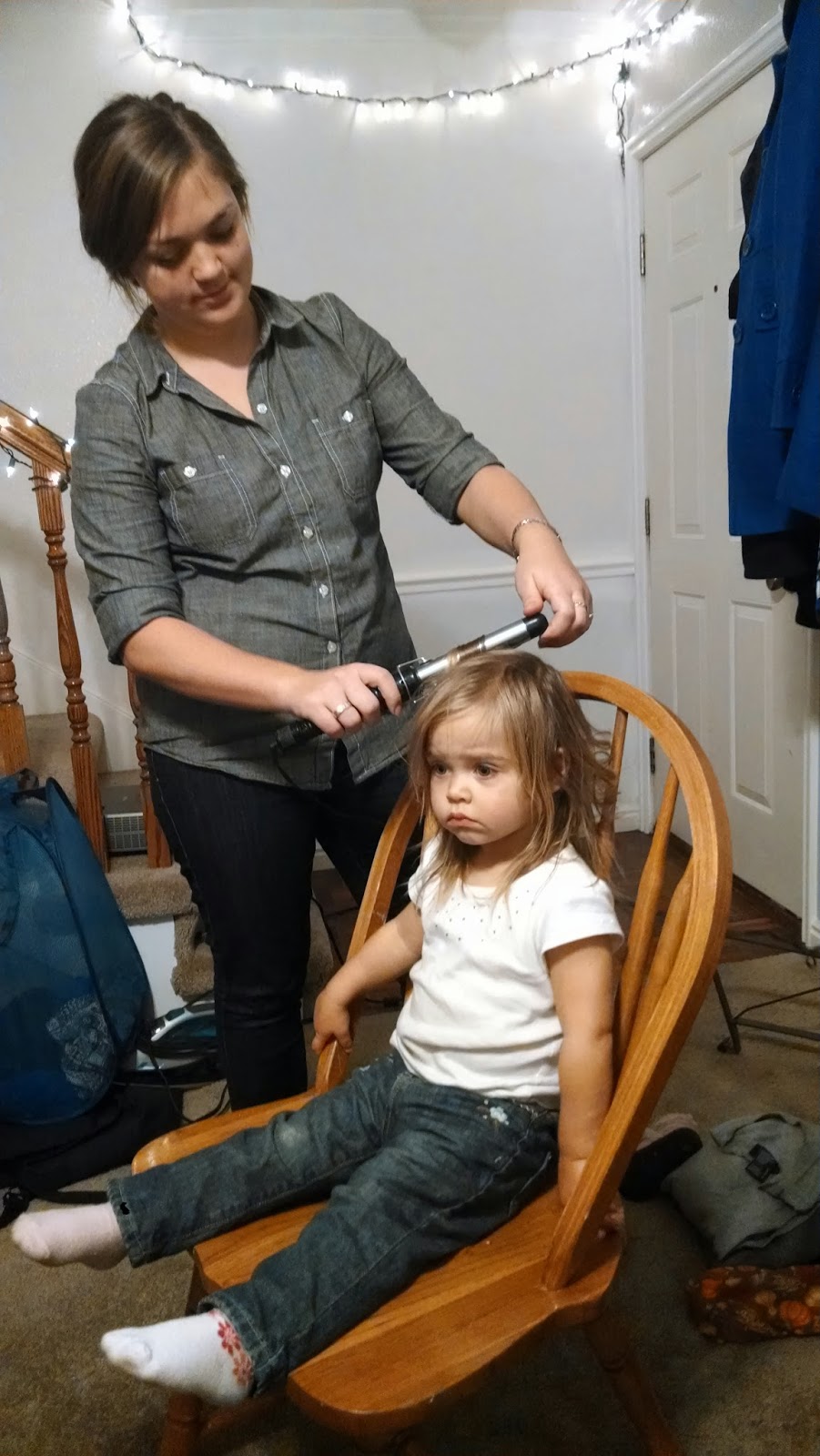 She wanted Gillian to curl her hair, yet she doesn't seem too excited.

Getting ready to go help dad shovel some snow. 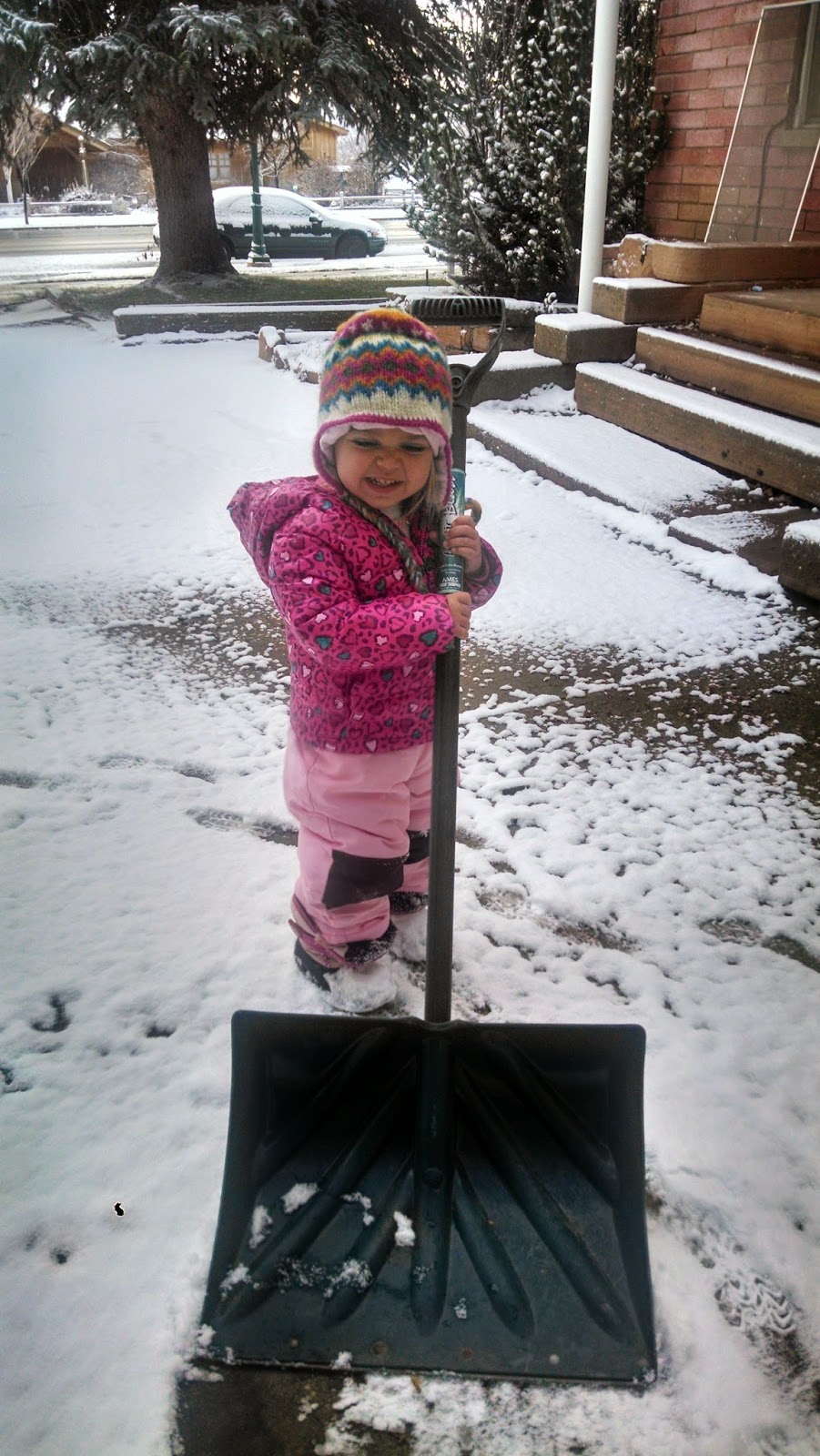 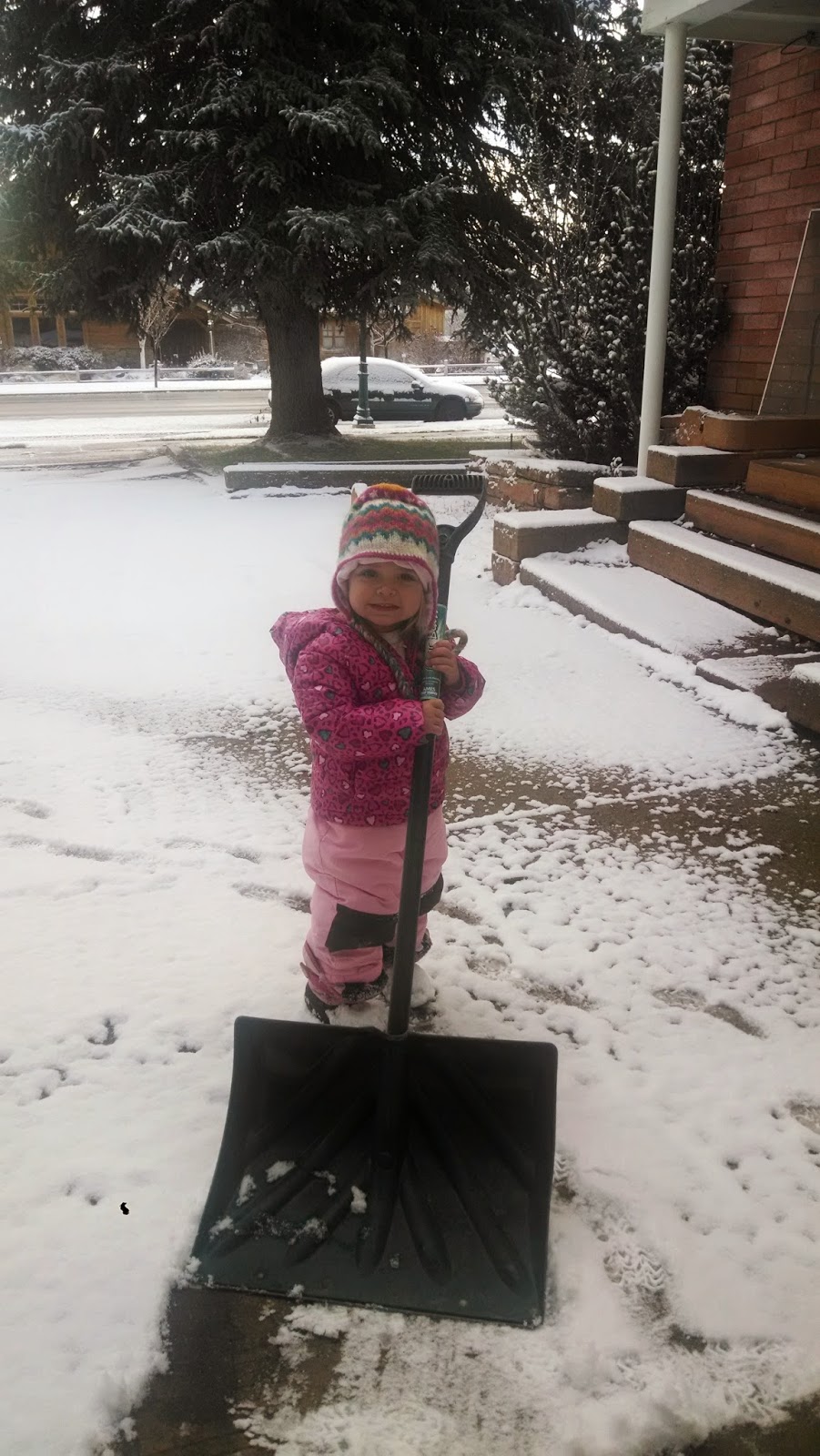 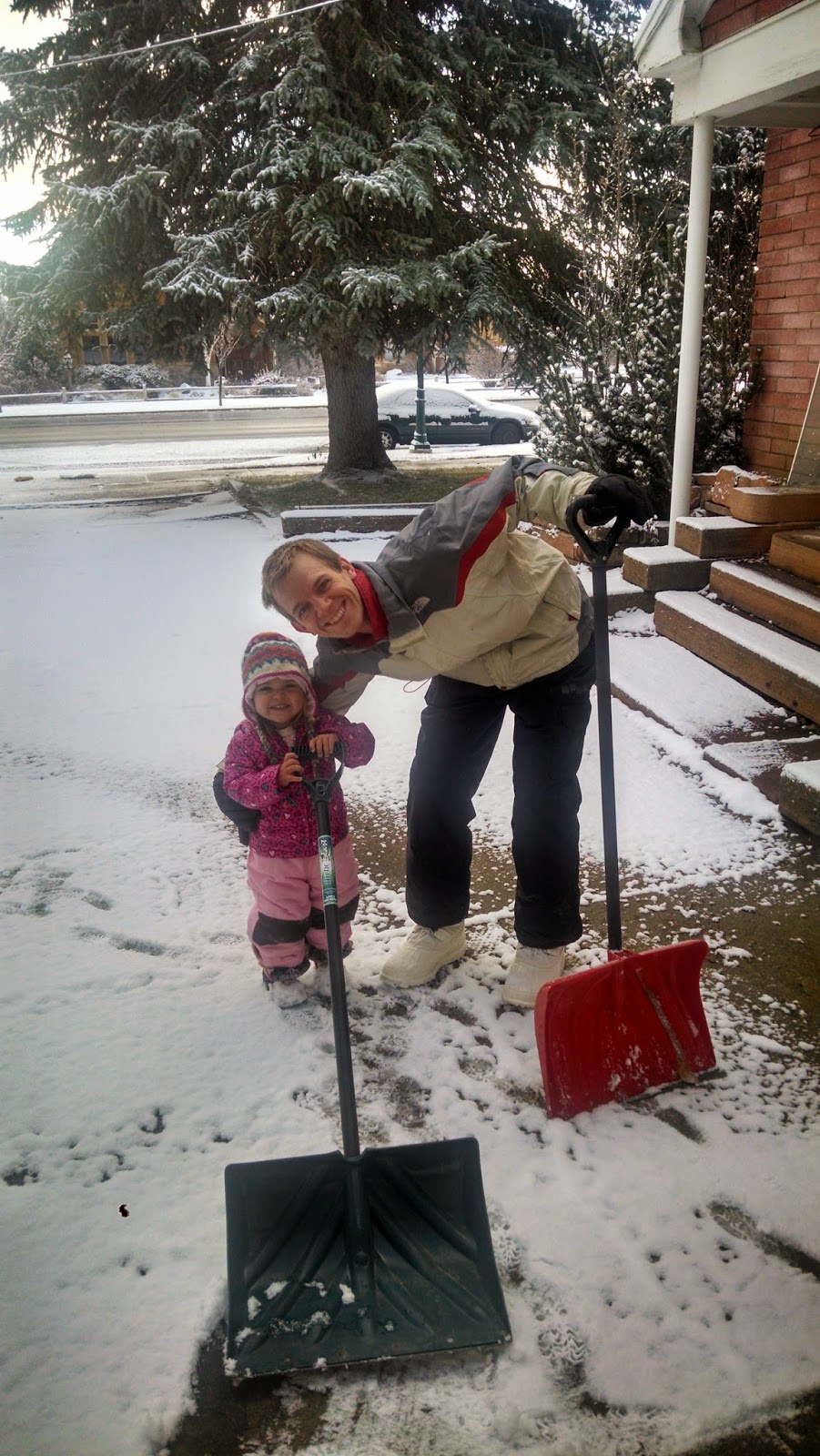 Taking a break for a photo. 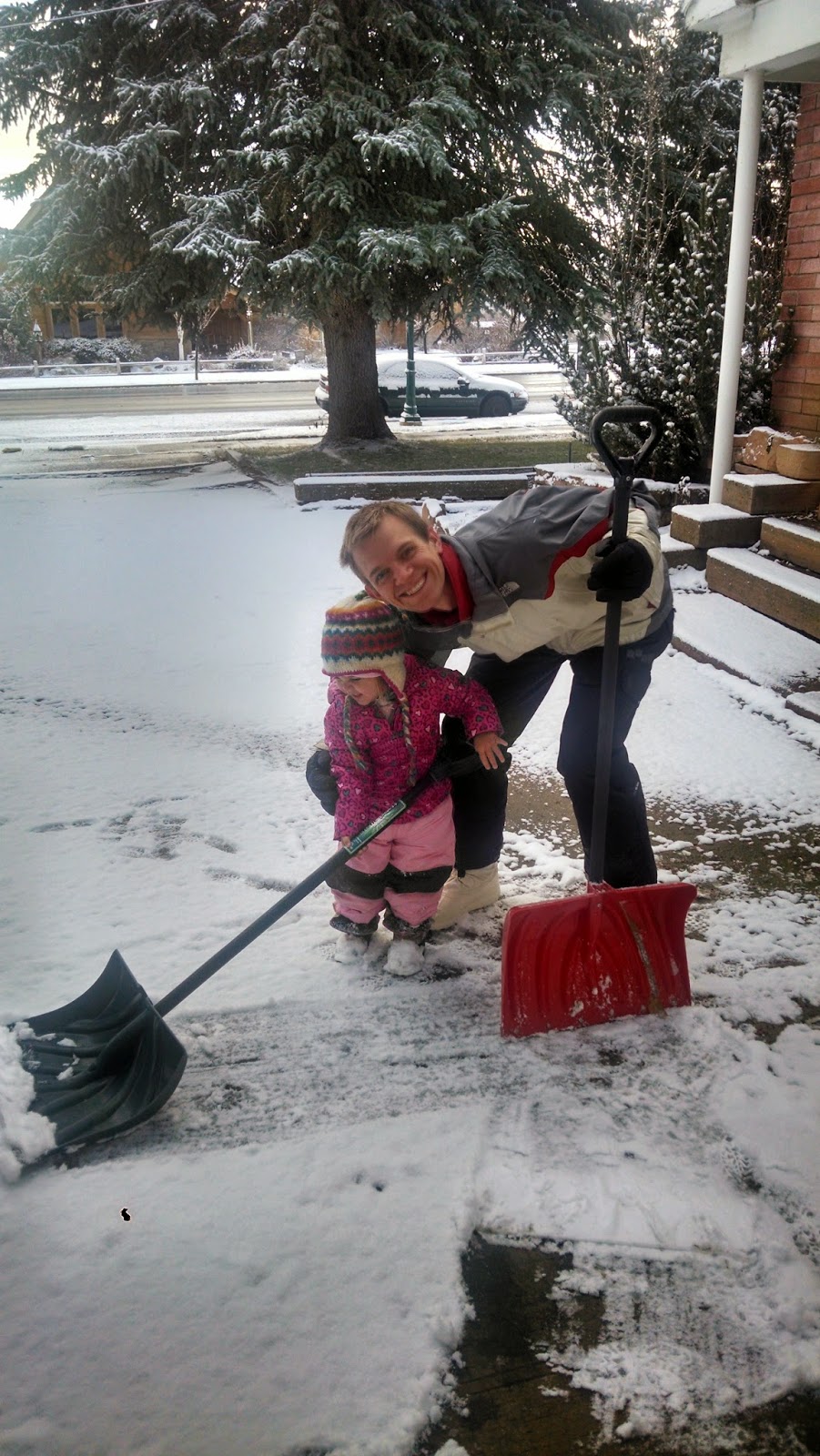 Time to get back to work. 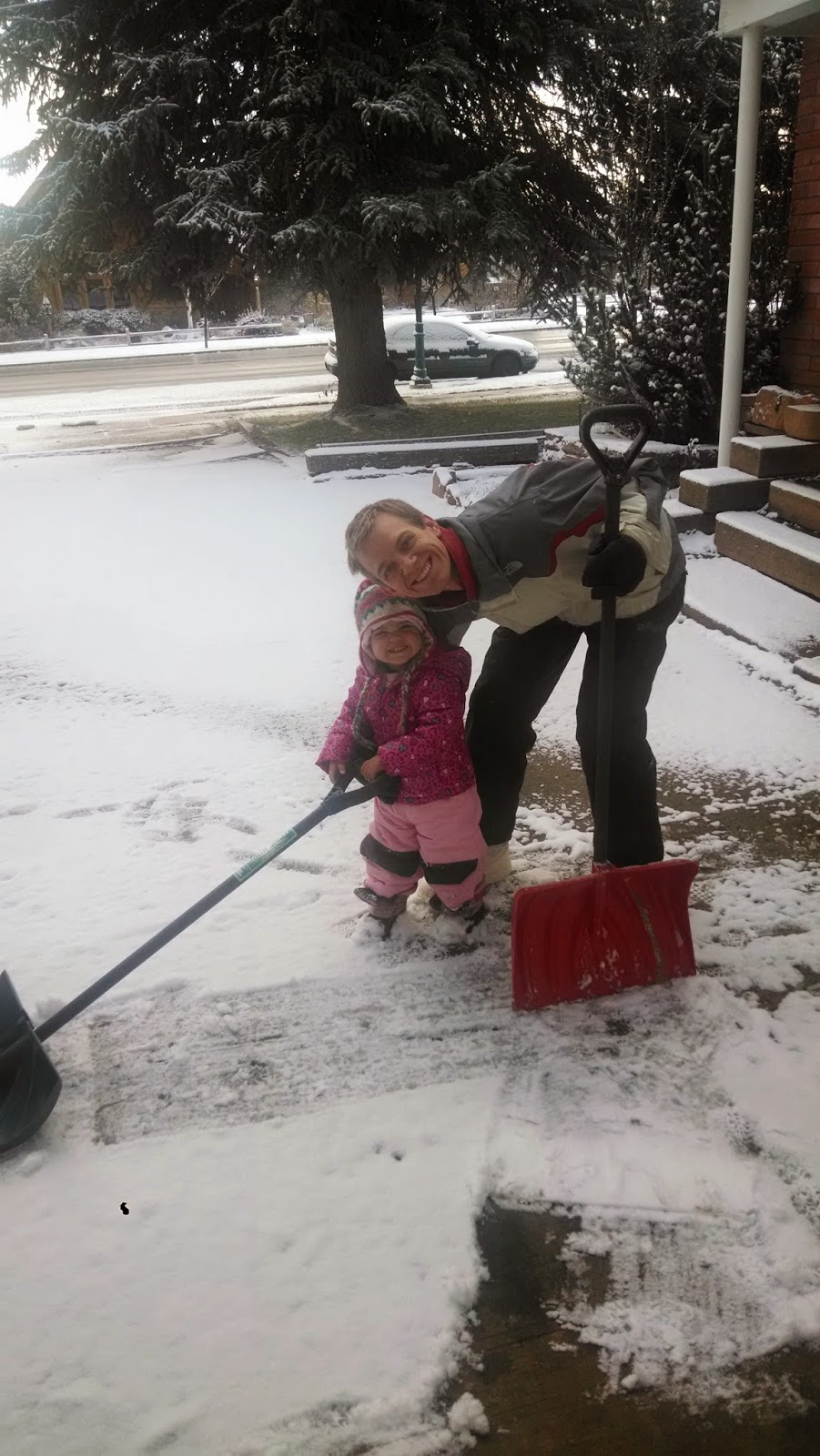 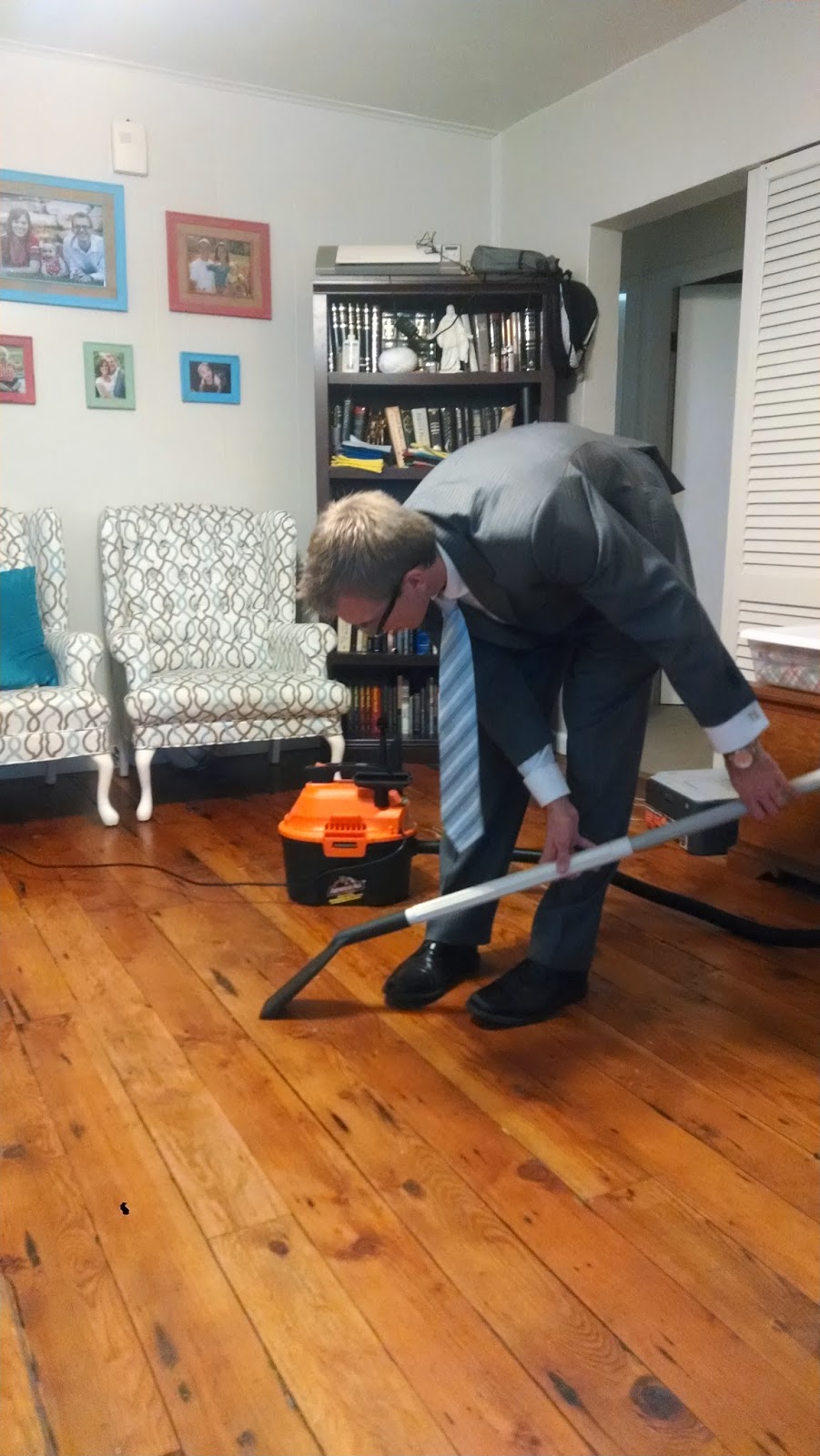 My parents bought Tyler a wet/dry vac for his birthday.  I would have bought one years ago if I thought he would want to vacuum more. 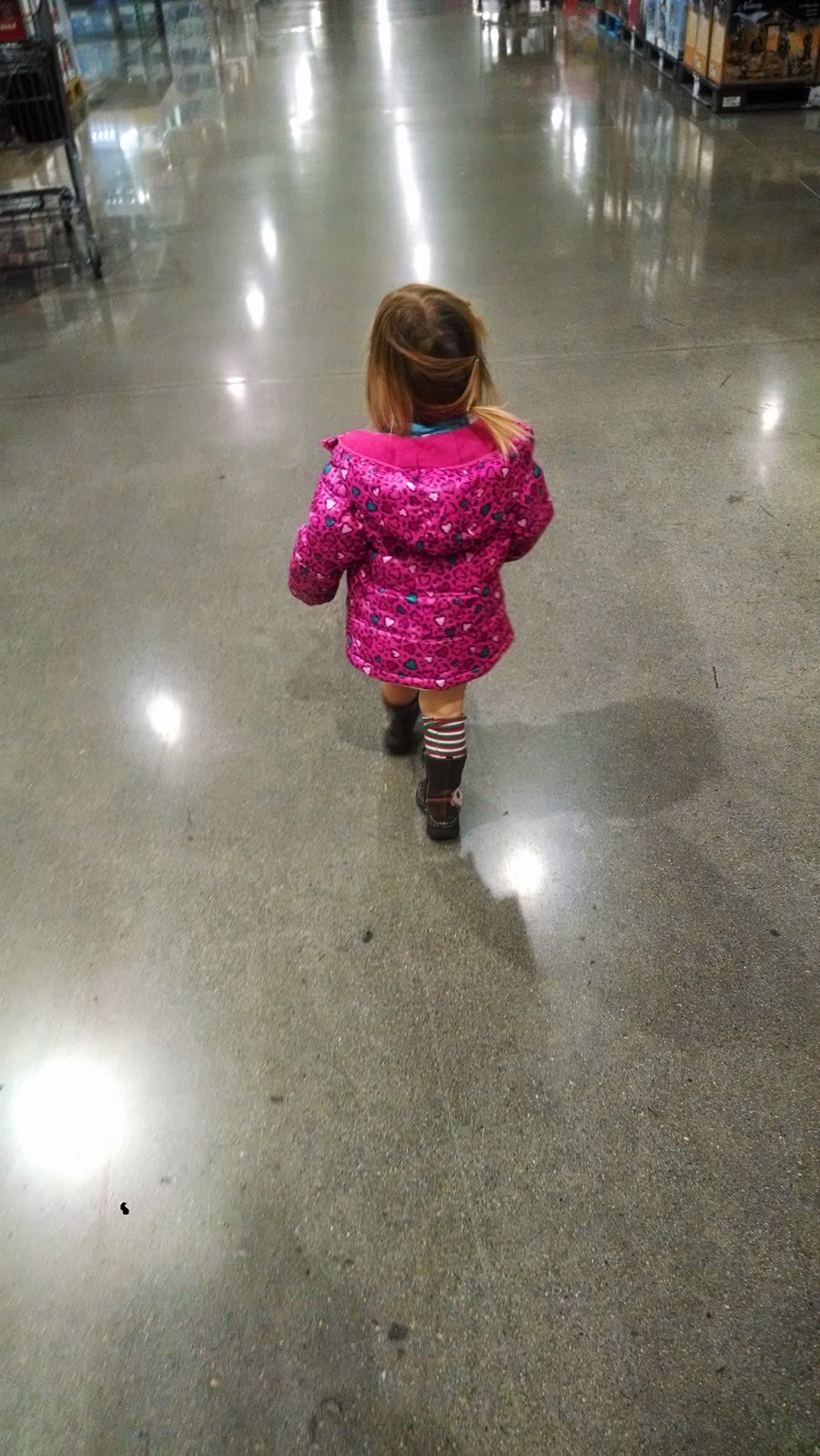 Madison's diaper leaked all over her pants when we were in Provo.  We still went and ran some errands.  Madison just had to go pantless. 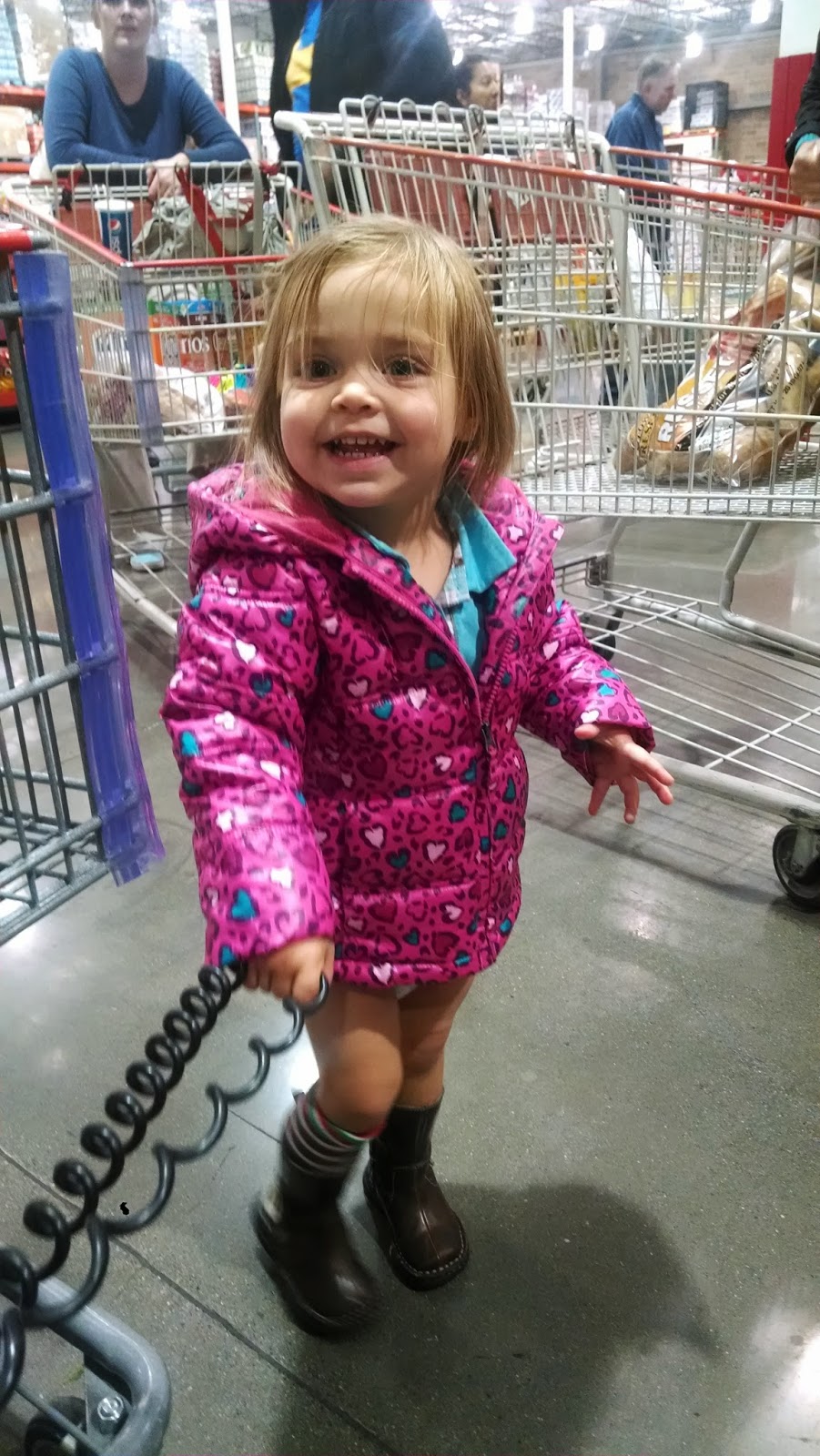 I admit she was a bit ghetto looking with different socks on and no pants. 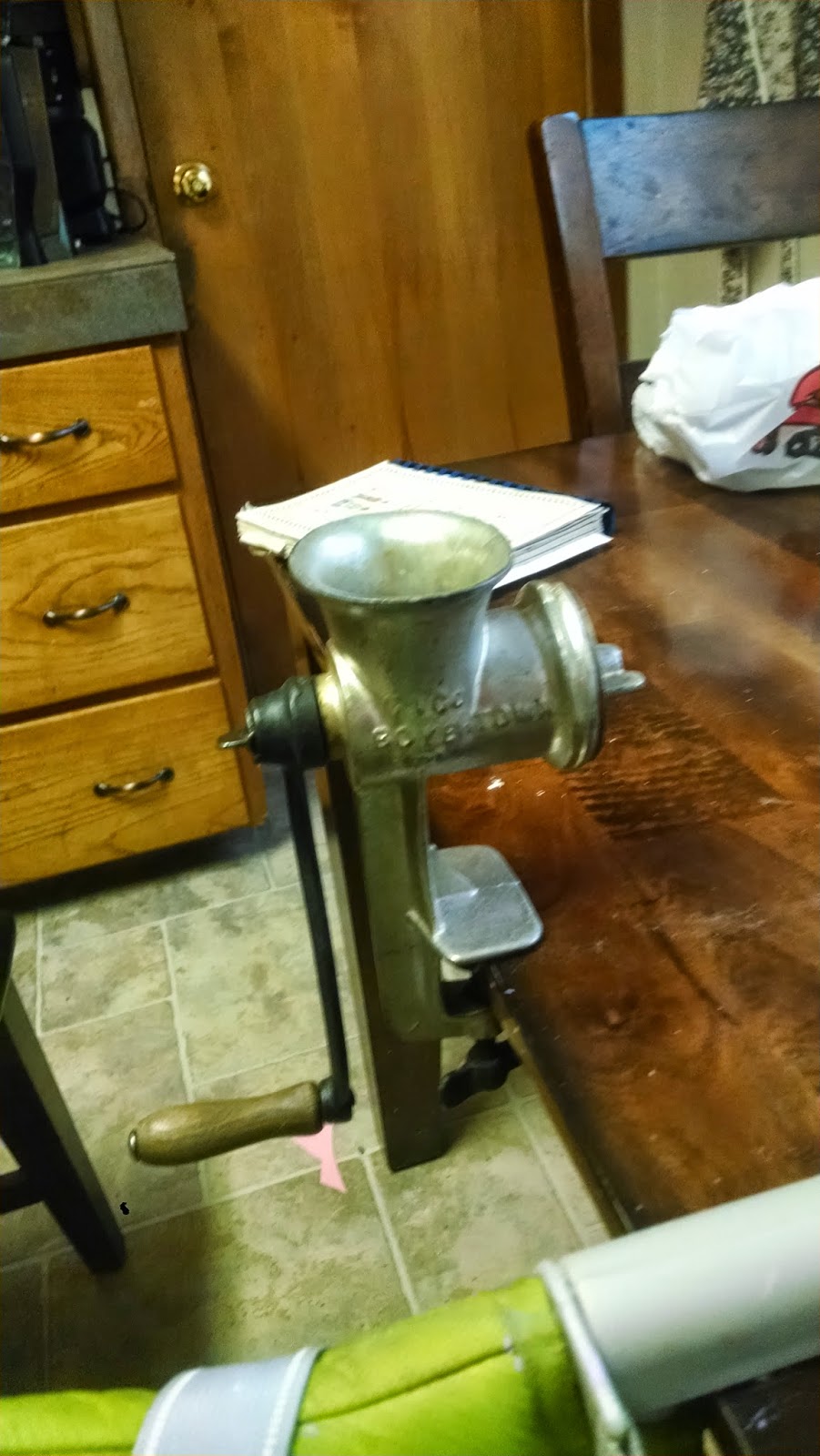 Lois has this grinder from the 1800's.  She came over and we made raisin oatmeal cookies and ground the raisins up. 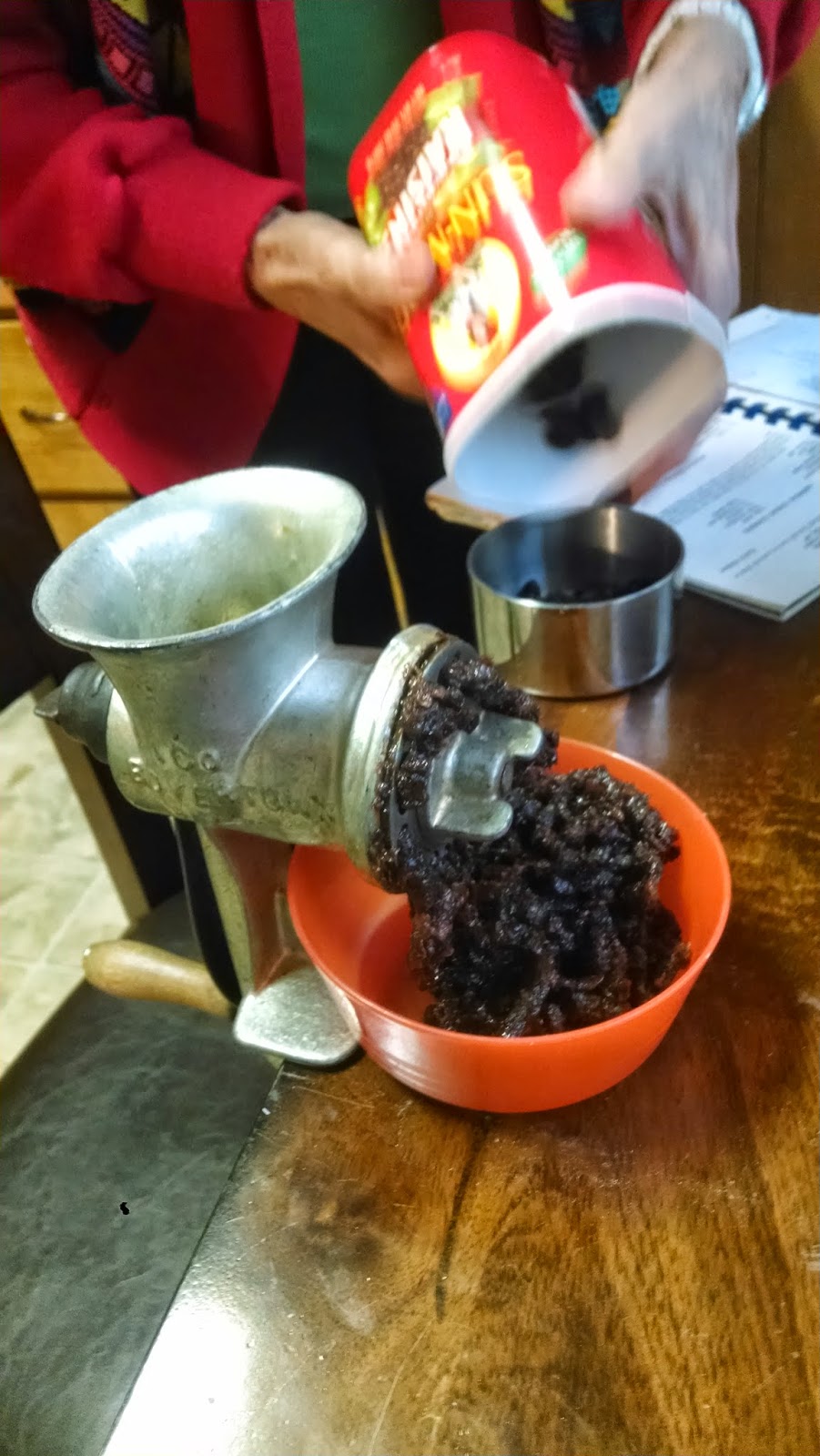 They were good, but not better than regular oatmeal raisin cookies. I don't think it was worth the effort, but glad that Lois could come and show us something new. 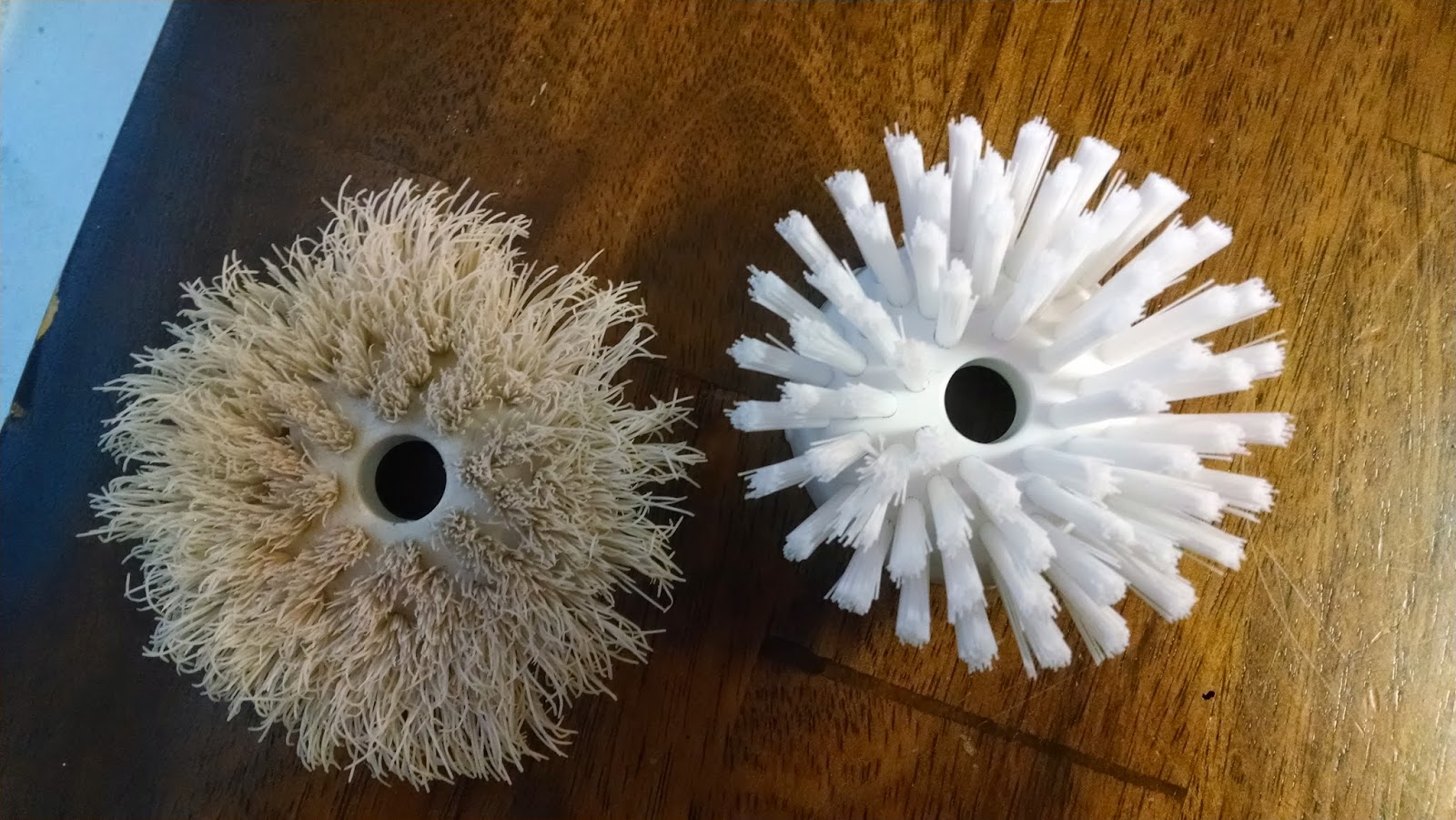 Can you guess which one is old and which is new?  We have had our oxo scrubber since we were first married.  I didn't want to spend $10 for a new scrubber, so we have used the same one for three years now.  Actually, it was kind of grossing me out, so I stopped using it on my dishes.  Turns out you can just buy refills from Amazon for $4 for two.  I wish I had known that a while back. 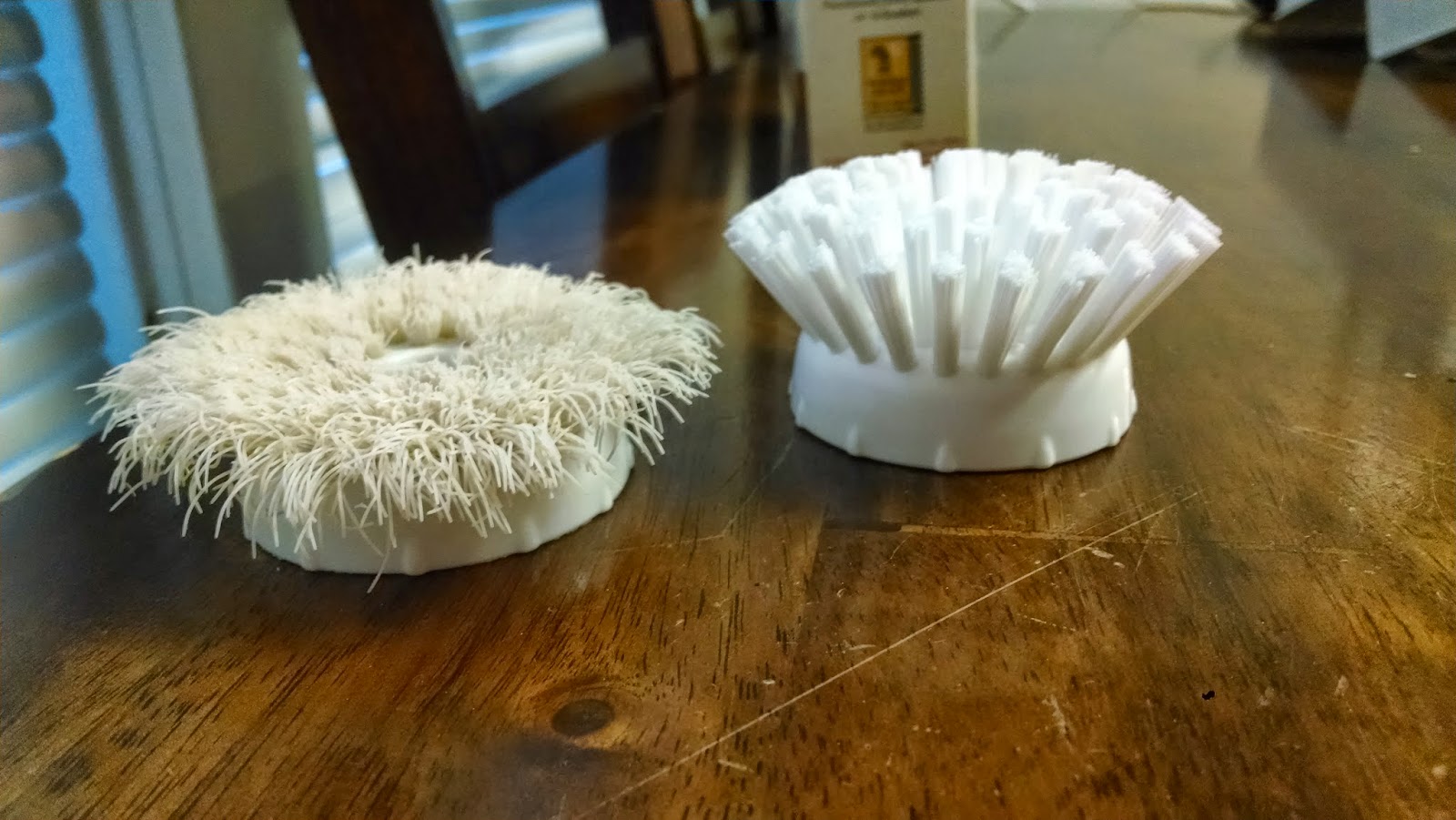