I've been doing a TON of craft projects right now.  It always seems to either be a feast or famine of projects.  I have more than I can do.  To be honest, I'm getting sick of seeing half done projects in every corner of my house.  My biggest projects are quiet books for Christmas for my kids. They are taking forever!!  I was going to hand stitch everything, but I wouldn't get them done in time. Lucky for me I have a sewing machine, which speeds it up.  I'm still hand stitching a portion.  Clark's pages are almost done...just a few more.  Then on to finish Madison's, which is still missing half the book. I'm going to have to take a long break soon so I can get some work hours in for my dad.   Here are a few of the things I've been doing recently:

I repainted the kitchen backdrop.  Originally it was a teal blue color, which was fine and all, but I didn't love it.  I like the tile look way more.  The faucet needs to be put back on. 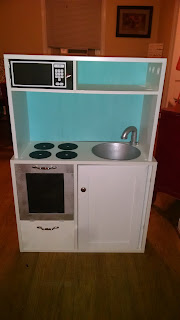 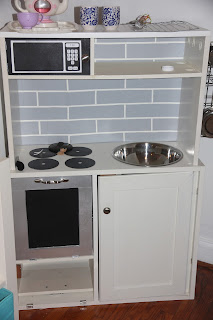 This couch had seen better days.  It was time for a change after years of aquaphor from Madison.  Tyler wanted to get rid of it, but I personally like having somewhere to sit in the toy room. 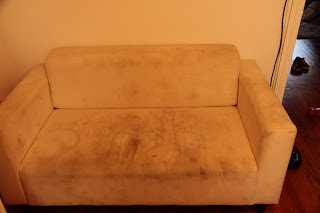 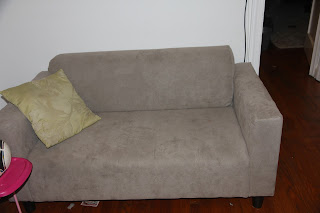 Someone from the ward was giving away their Ikea nightstands (two).  We needed some, so I asked for them.  Tyler said they looked like droids before.  They sure were ugly!  Tyler especially hated the feet, so he made some new legs and added some molding on top and added a decorative profile on the top.  He accidently cut the legs too short, so there had to be some adjustments made.  Originally there was going to be molding on all sides of the legs, but they were too short.  Thus, only the front has molding.  He also wanted to redo the handles, but not so much anymore now that the legs had to be adjusted.  I personally really like the new look. 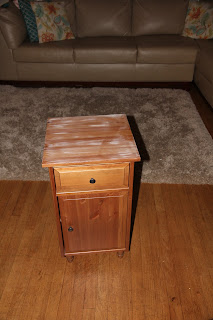 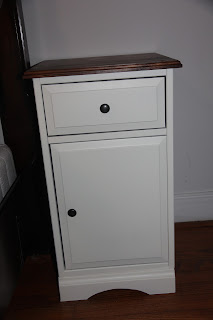 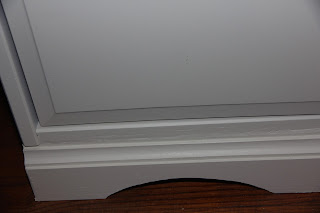 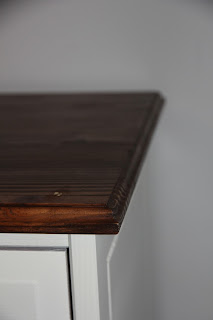 Here is one page of the quiet book for Clark.  I'm very pleased with it.  Tyler cut the background out and I sewed it along with the dinosaurs.  Not all are like this...some are more simple. 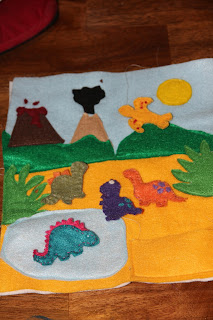 Halloween costumes.  Madison wanted to be a fox.  Clark was a hound. I ended up going over to a friends house the night before the ward party for help.  I was over there until 11:30.  Then it took me most of the next morning to finish them up.  Not sure I want to sew future Halloween costumes. 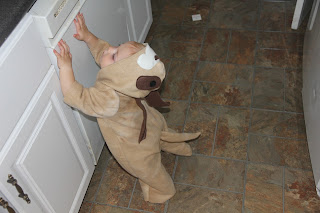 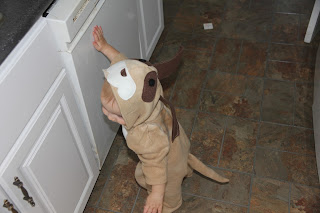 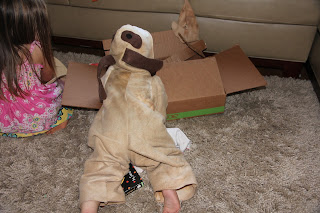 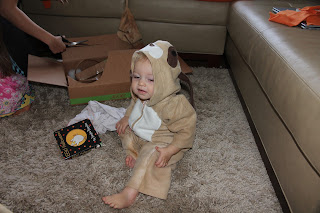 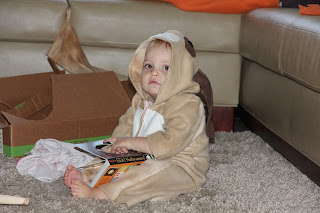 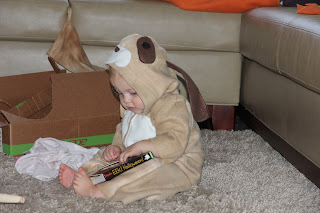 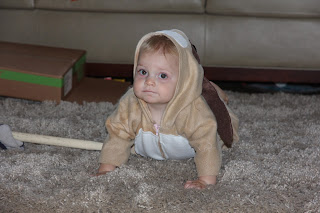 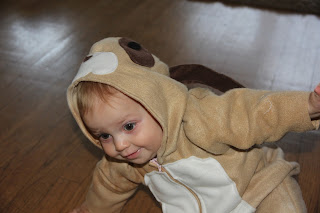 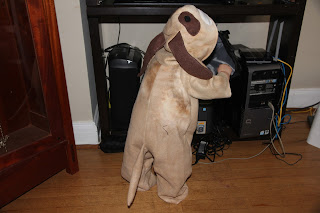 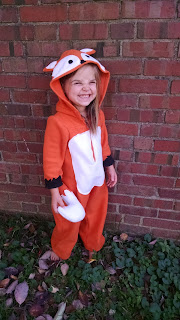 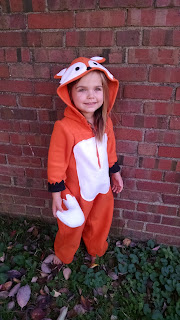 Trick or treating with her friend on Halloween. 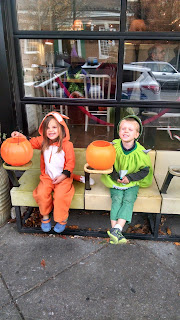 Here is a pinterest fail for the moment.  This one has been struggling a bit.  First painting didn't go as well as I had hoped.  I was just going to use my paint gun, but it clogged up.  You wouldn't know I've trying tying these cones to my wire frame for two hours. 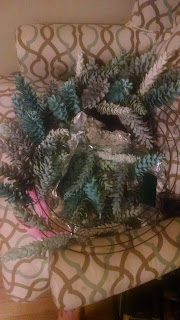 This is what it is suppose to look like: