Tyler's summer job took us to Philadelphia for the week.  One night we went to see the Liberty Bell and Independence Hall. 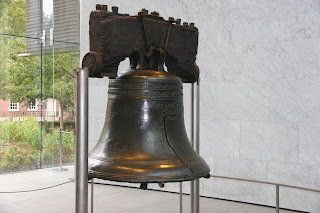 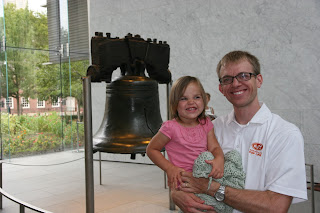 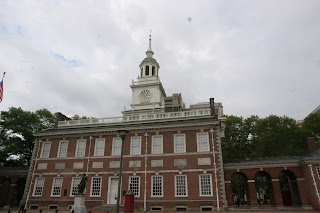 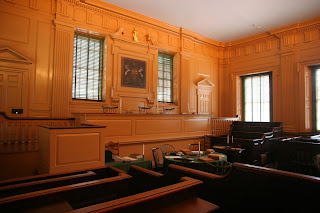 We were lucky to have made it on a short tour at night.  They had some during the day, but you needed tickets, which we couldn't get in time after work for Tyler.  This is where people came for trials. 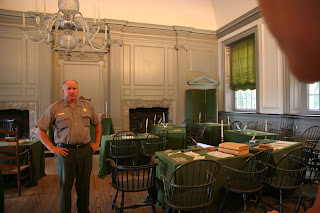 On the other side of the hall was the room where the Declaration of Independence and Constitution were debated and signed. 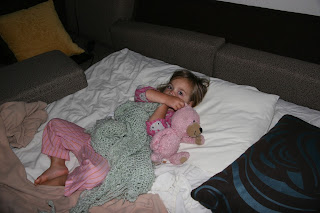 Back at the hotel--Madison loved sleeping on the pull out bed.  There was a park close by that we would walk to in the mornings.  We also spent lots of time in the swimming pool every day.  This pool was also warmer than the previous pool. 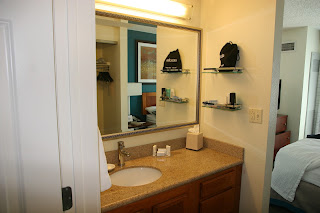 This hotel was much more open concept and didn't feel so much like a hotel room. 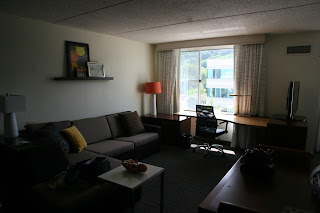 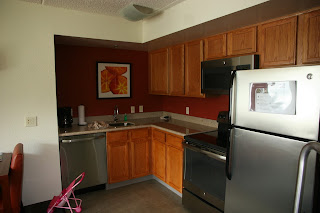 It was slightly too bad we didn't know we had a full kitchen, including a stove.
Posted by Unknown