Madison's blanket.  Clearly she hasn't been sleeping with this for a while.  We actually took it away and put it on top of the grandfather clock because it has some safety issues with it.  I decided it was just time to say goodbye.  This is the blanket where we have turned back while driving from Provo to Midway just to retrieve it.  It kind of broke my heart to tell Madison it was time to throw this thing out.  She was obviously sad, but took the news as well as any 4 year old could.  I let her have one last holding of it (where I caught her sucking her thumb...I thought we had broken the habit) and then into the trash it went.  At one point I thought she might cry.  I was the one to put it in the trash.  She has another one she uses now. 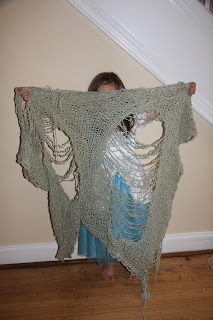 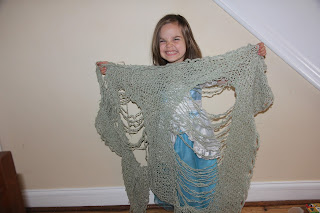