Getting Ready For Christmas

We have been making a few crafts these past few weeks.

Stockings--I wanted matching stockings.  Tyler didn't want store bought stockings, so I ended up making some after tracing a stocking from Hobby Lobby.  I like how they match, yet are all different.  Tyler's was the practice piece and I had to unstitch the whole thing in order to get it right at one point.  While Madison's is the most different, she still has some matching fabric in hers.  It cost us about $5/stocking.
(left Tyer, middle Lauren, right Madison) 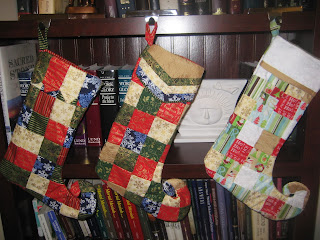 Once the stockings were done we moved on to a tree skirt.  There are lots of tree skirts on google, but not many that we really liked.  We ended up finding a brown skirt with ruffles that we wanted to mimic.  The biggest problem we encountered was how much fabric to buy.  We ended up guessing at 2 1/2 yards, which was the perfect guess.  (Originally we were thinking 4 1/2 yards)  Ours turned out a little more oval/rectangular because I accidentally cut the wrong part into 3 inch strips.  I'm glad for the mishap as I like it more oval than the original circular idea. 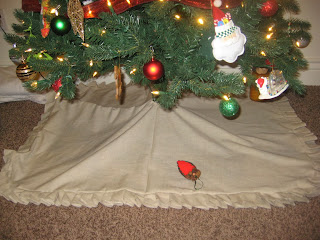 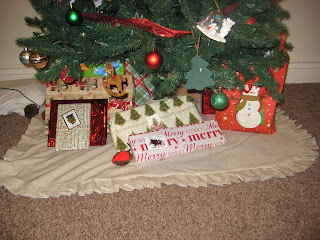 We have been working on these picture frames for a long time.  I love how we finally have them on our wall. 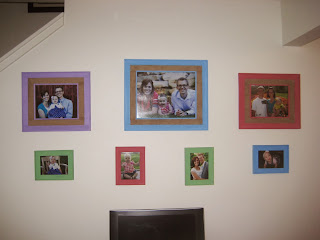 I tried taking Madison outside to play in the snow, but she wouldn't have it and we ended up coming back inside to eat.  Madison loves olives.  You can't leave the can around for her to see or else she starts to go crazy trying to reach them. 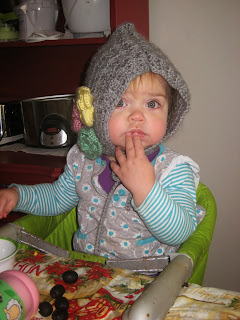 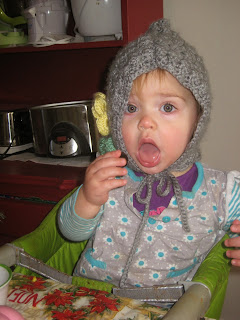 She loves looking at the Christmas lights. 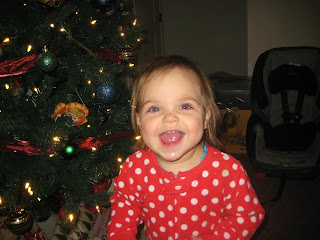 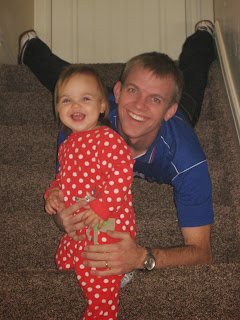 I can't keep my dishwasher open if I don't want Madison removing all the silverware. 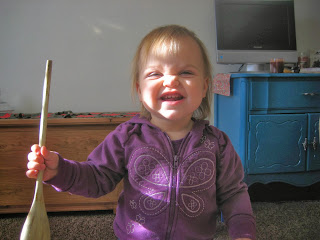 I bought her a new Christmas book about snowmen.  She found the scarf and put it around her neck. 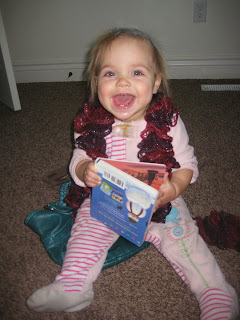 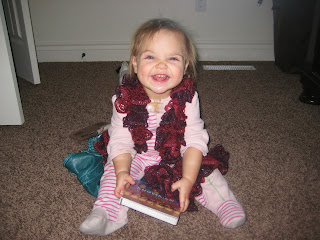 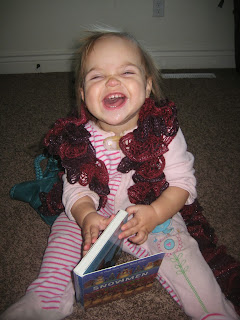 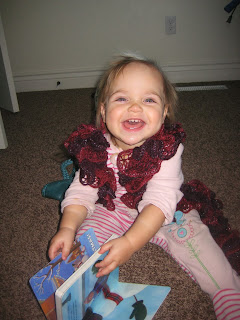 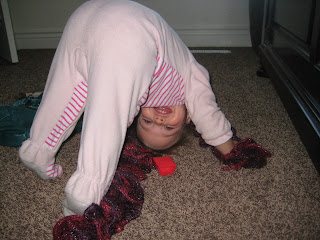 Time to meet Santa.  I had been waiting all day to take her picture with Santa.  I knew it would be the best baby/Santa picture as Madison is extremely social.  Before Santa arrived, she was walking around the cultural center chatting with ward members. 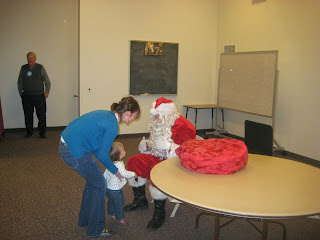 She must not like the beard.....I had to quickly remove her as she was making a scene with her cry. 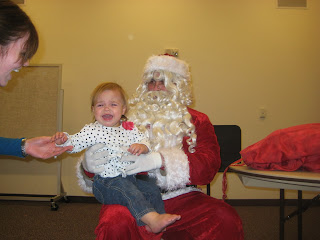 In the rush to remove her Madison didn't her gift from Santa.  As Tyler would put it, here you see me stealing from Santa's bag while he is occupied with another child. 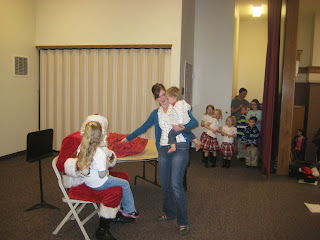