This morning we went off to a farm just across the Pennsylvania border that lets people pick apples from their orchard.  Every variety (except honeycrisp) is $0.70/lb, which is great for our area of the country, where $0.99 for is the cheapest that the cheaper varities sell for on a good day.  We loaded up mostly on Jonagold and Staman apples.  The Jonagold variety was extremely juicy, though not as full of flavor as we were hoping--but still not bad, only average.  I had never tried a Staman apple before, but I really like them!  A little more tart, a little less juicy, but still sweet.  Almost like candy. 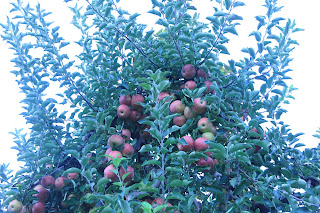 So this is actually a pretty interesting lesson in setting the white balance on your camera.  The picture above is the first picture I took.  It looked a lot more blue than what I was seeing in real life.  I checked the white balance on my camera, and yep, it was set to "tungsten light".  I changed it to "cloudy" and got the picture below.  Same apples, same lighting conditions, taken only seconds apart. 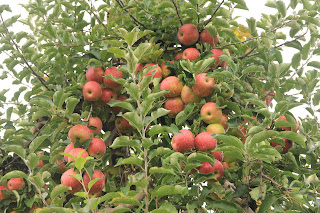 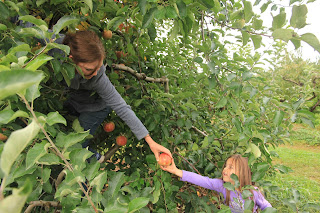 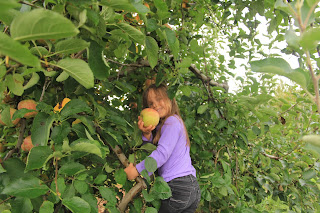 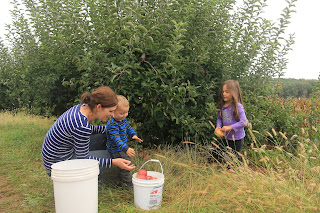 This picture below of Clark has another fun story.  He was trying to pull the apple off the branch.  When I decided to push down on the button to take the picture I thought I would get a picture of him pulling the apple.  But just as I snapped the picture the apple came free and he went wheeling backward.  A split second later he was out of the picture frame, sitting flat on his bottom.  I had the shutter speed set to shoot at 1/1000th of a second, which is fast enough to shoot movement.  You can actually see the movement in the photo if you look--the droplets of water are suspended in air. 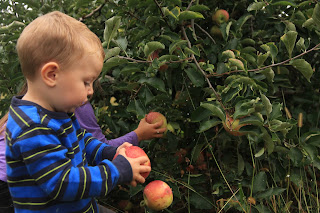 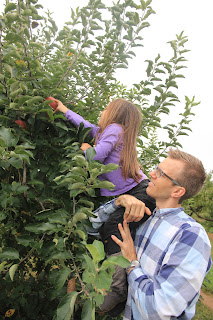 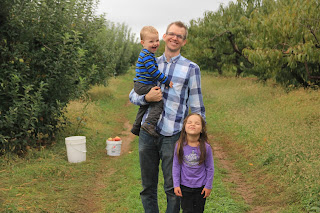 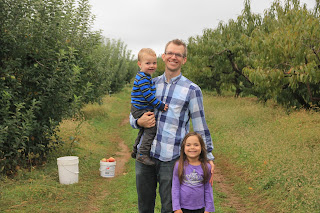 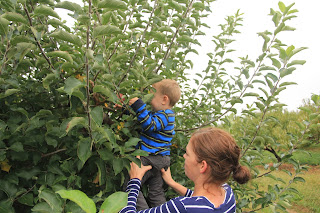 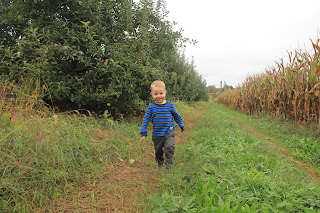 These guys had some MUDDY shoes after everything was said and done.  In fact, lots of that mud on their shoes transferred to our pants and shirts from lifting them up. 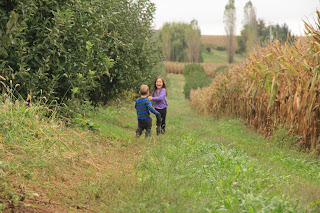 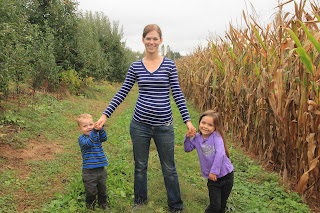 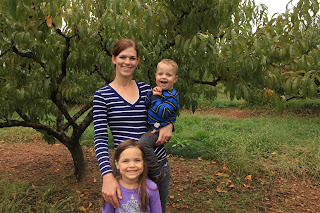 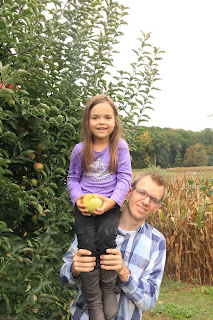 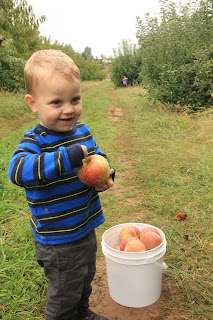 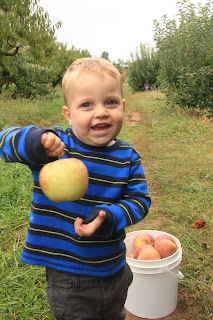 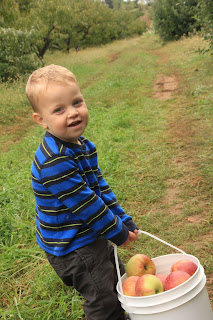 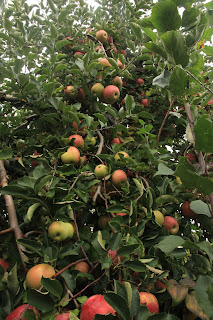 All of the above apples were Jonagold, and we got some really massive apples.  The apples below are all Staman. 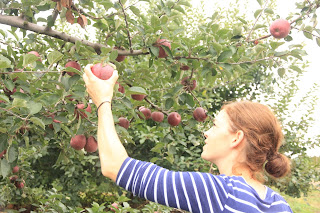 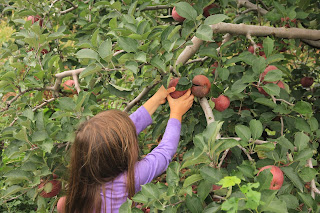 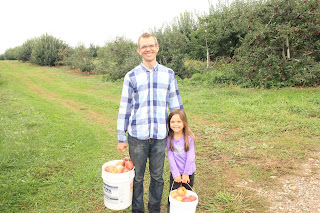