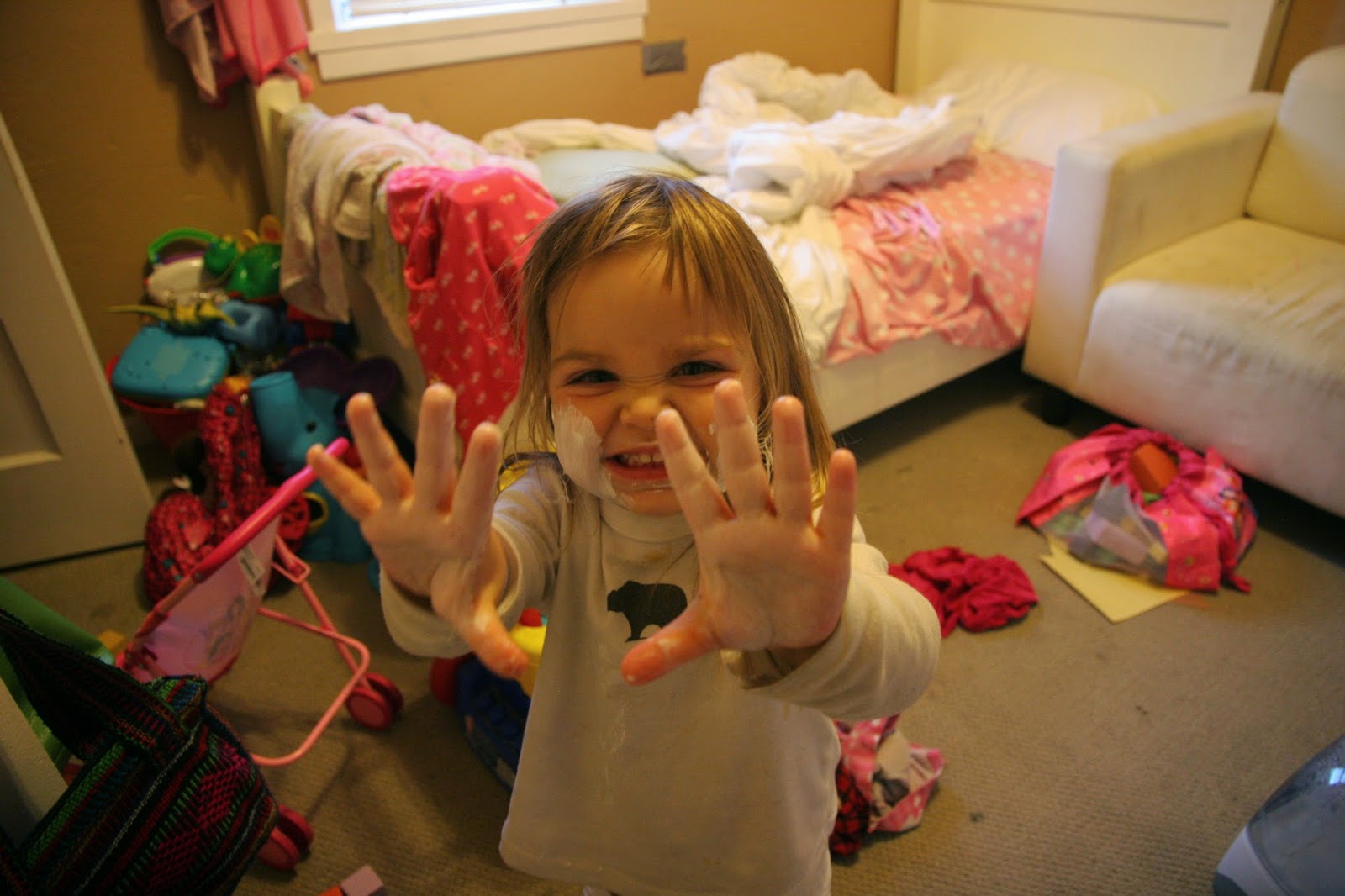 What happens when you aren't watching Madison...desitin.  She seems very pleased with her work.  She also likes to put desitin on her babies. 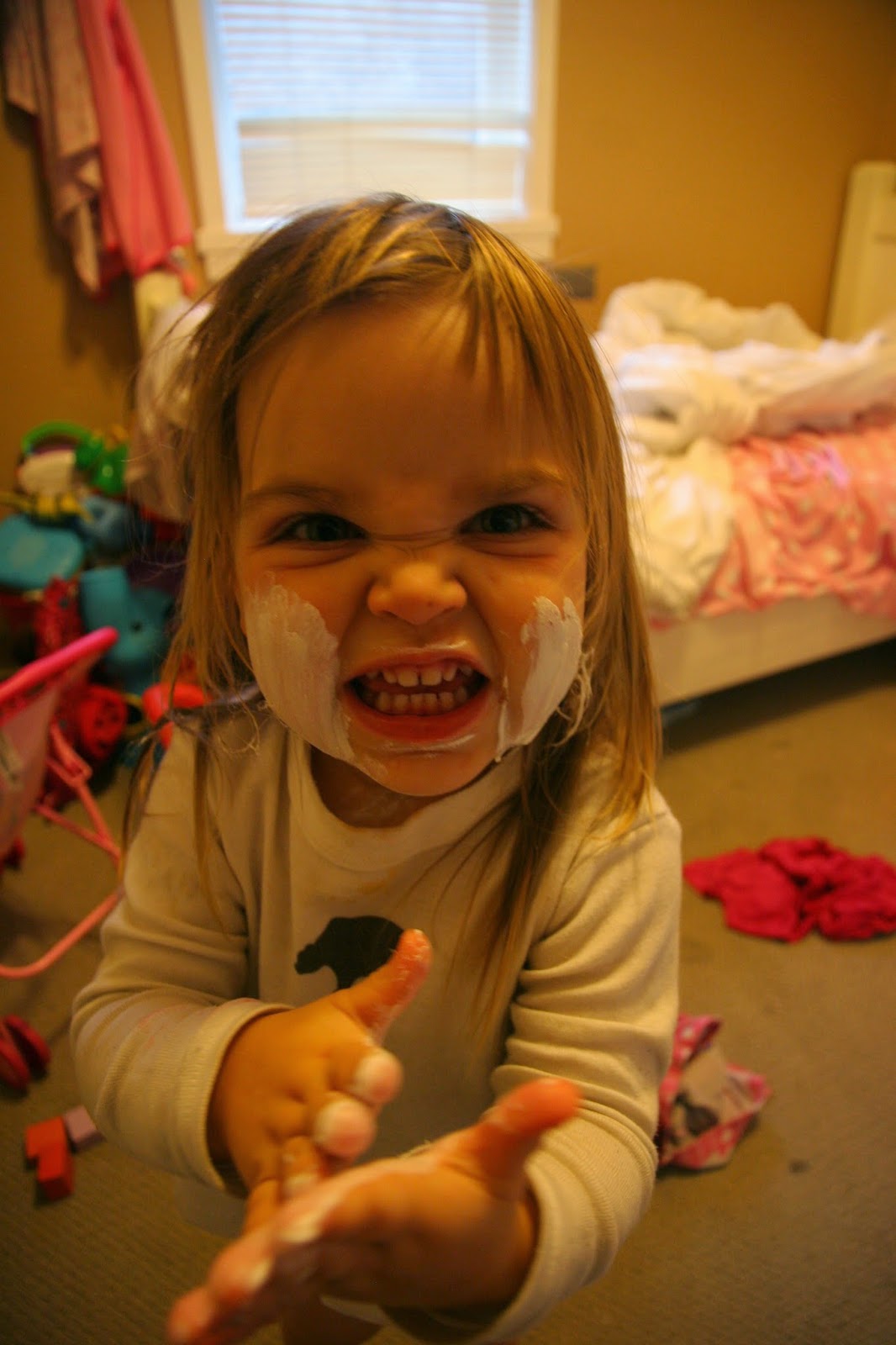 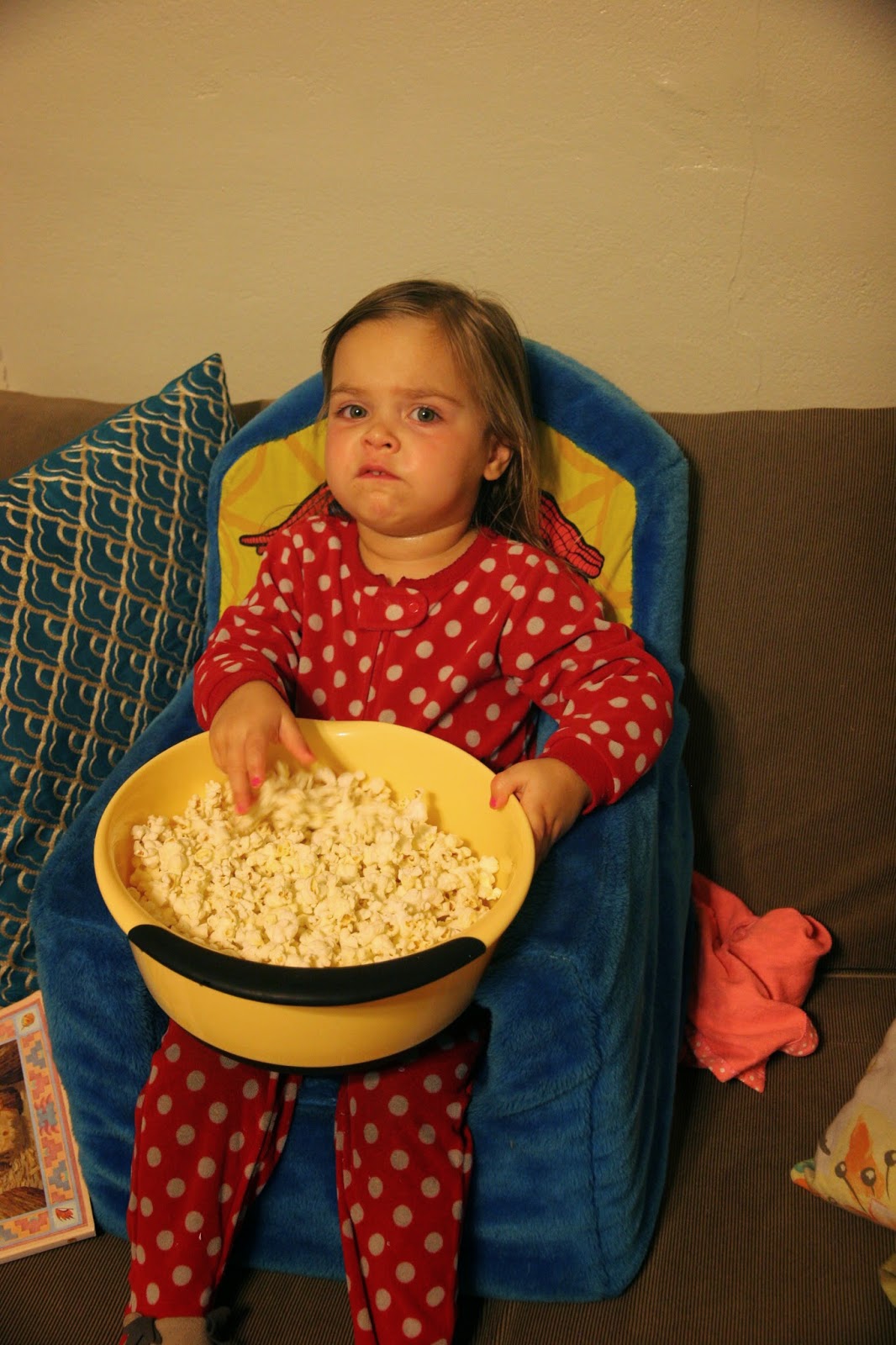 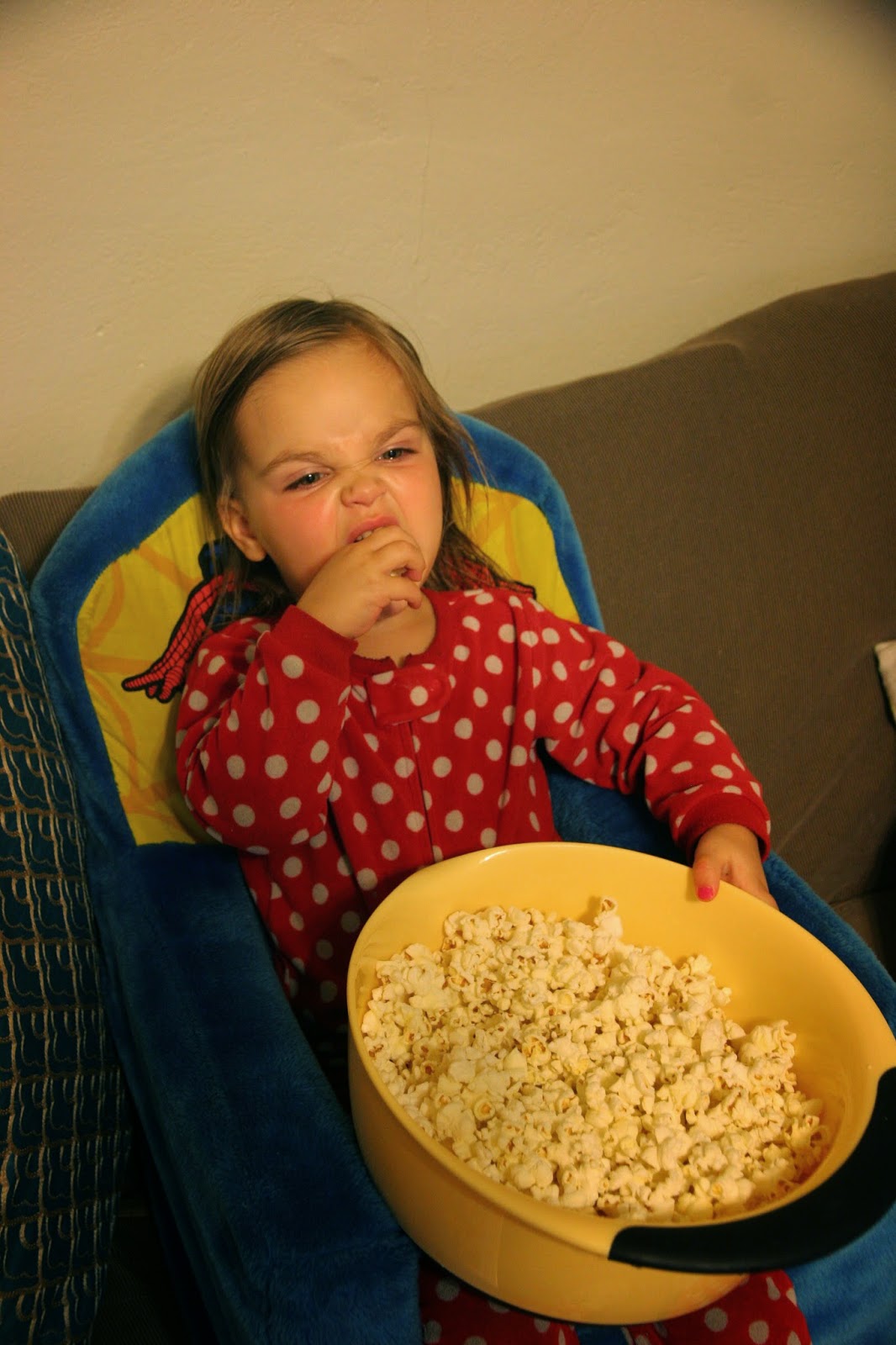 It's not often, but we let Madison watch part of a movie.  We watched Tangled.  Madison wasn't willing to share, so she was demoted to a smaller bowl. 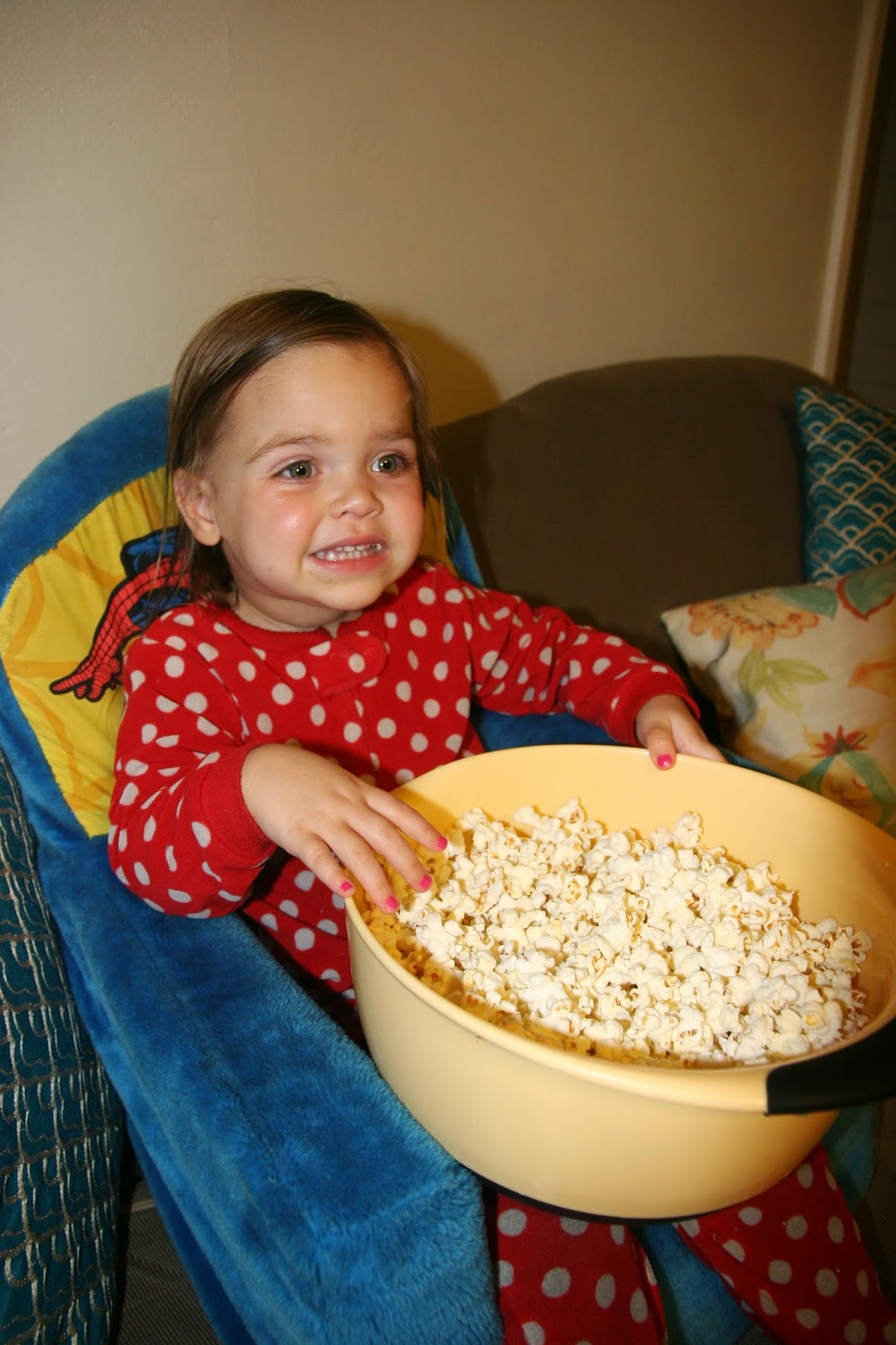 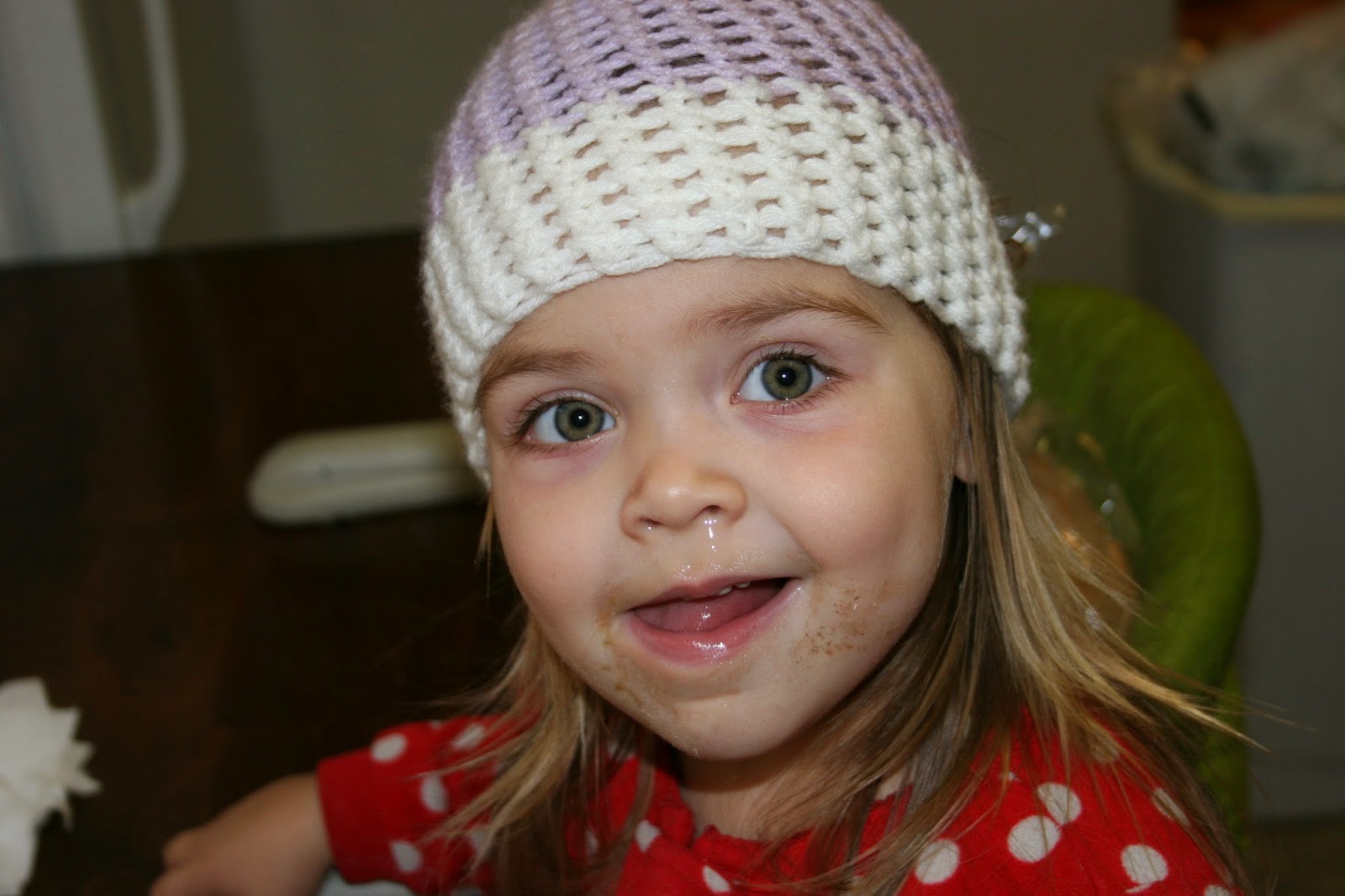 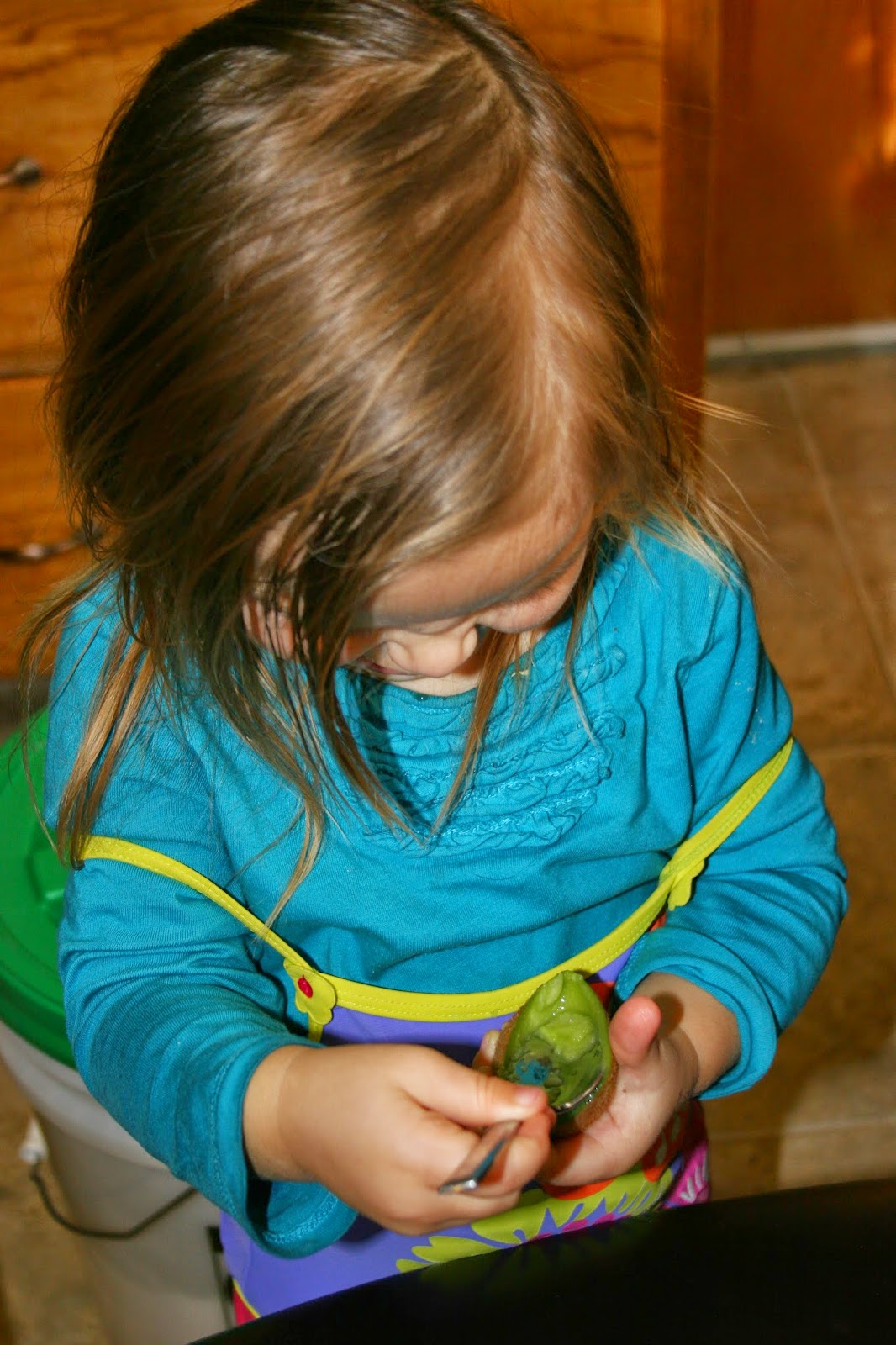 I bought Madison some kiwi to try for the first time.  She ate the first, then wanted the second.  When it came to the third I asked if she wanted to wait until Tyler came home to share and she informed me that she wanted to eat it then. 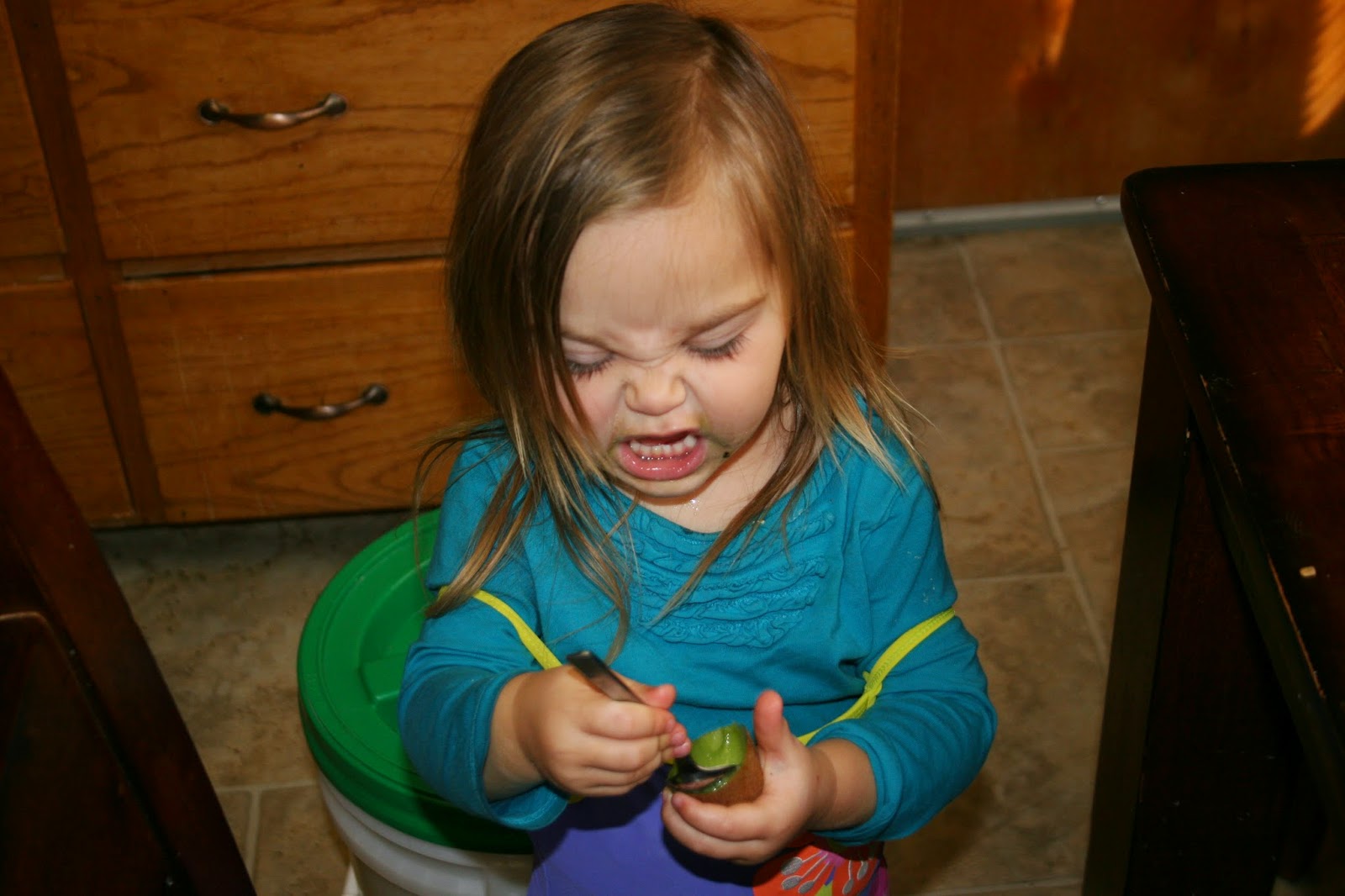 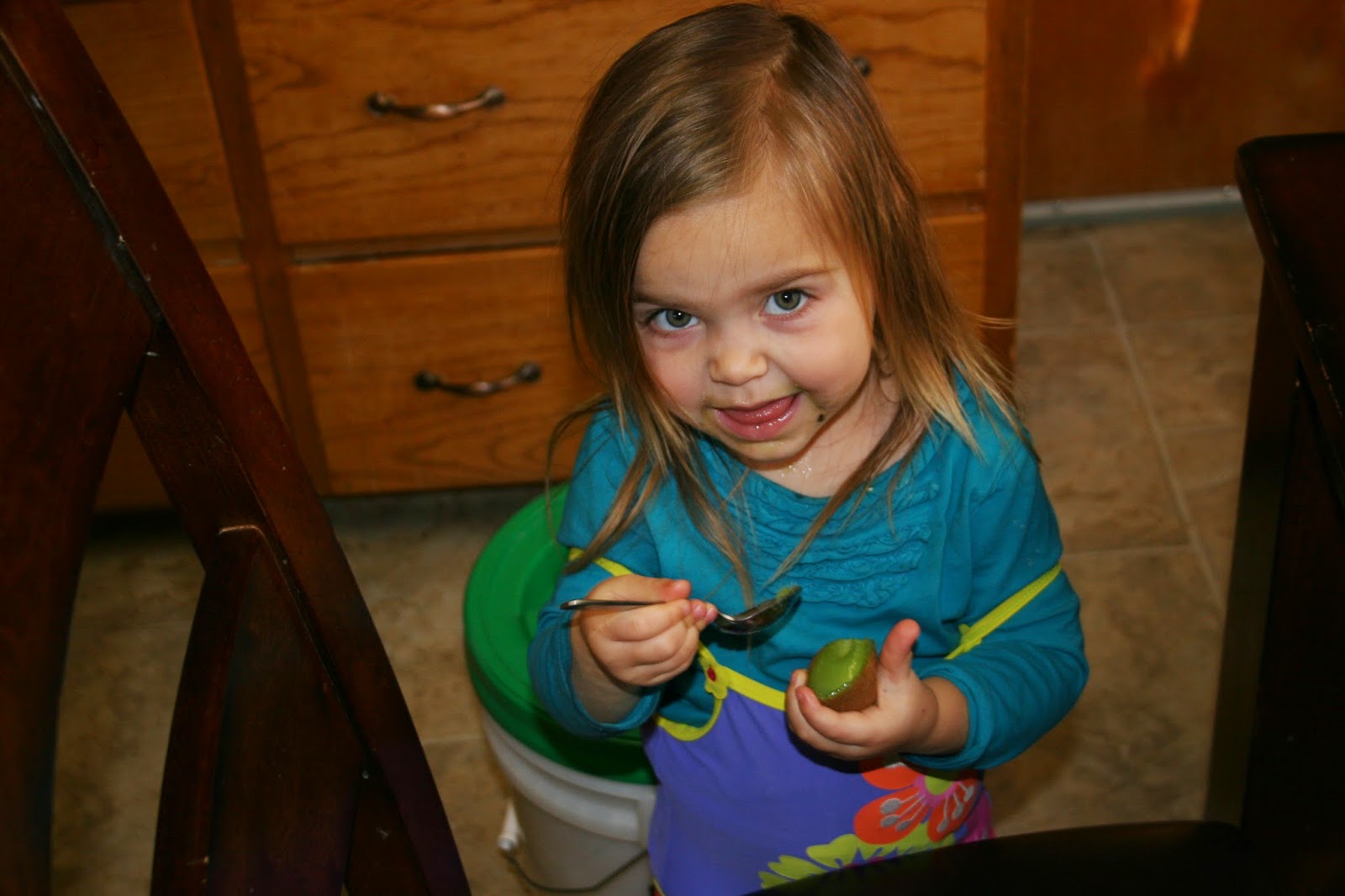 Later on I caught her trying to eat the peel out of the trash. 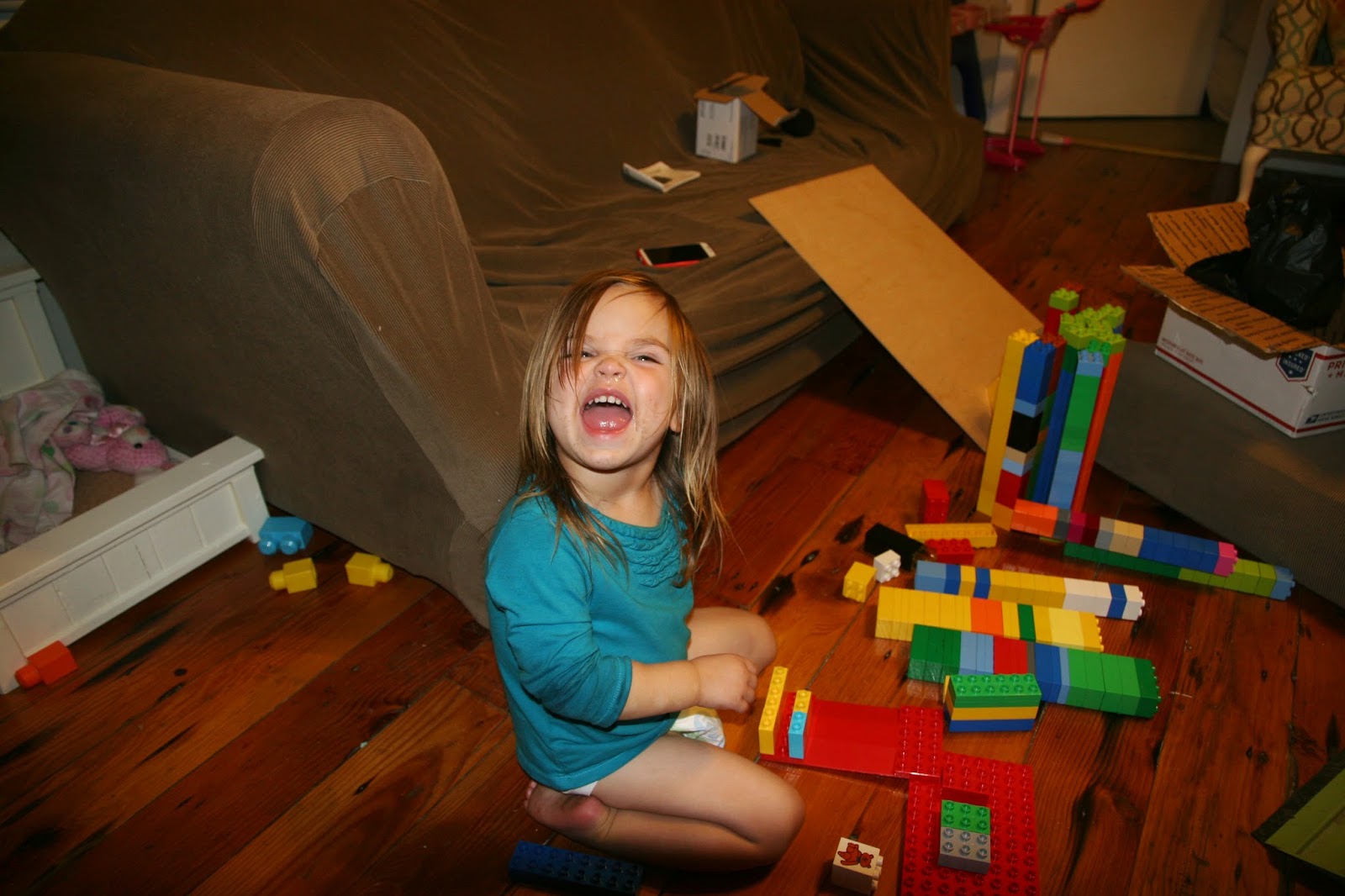 I bought Madison some duplos on Ebay.  She has loved them!

We had to wash them because they smelled like smoke.  The first thing Madison wanted to do when she woke up the next morning was play with the duplos. 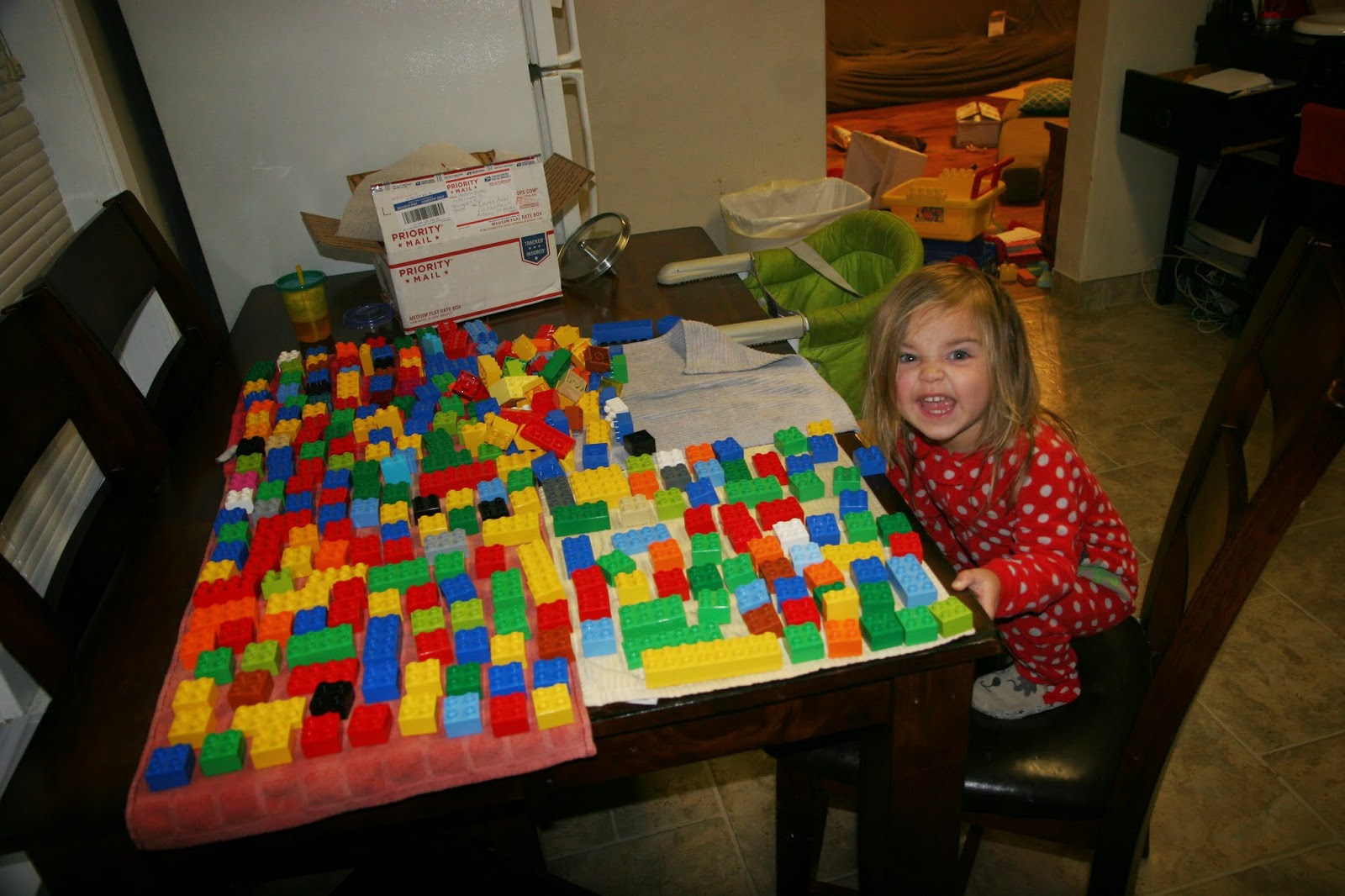 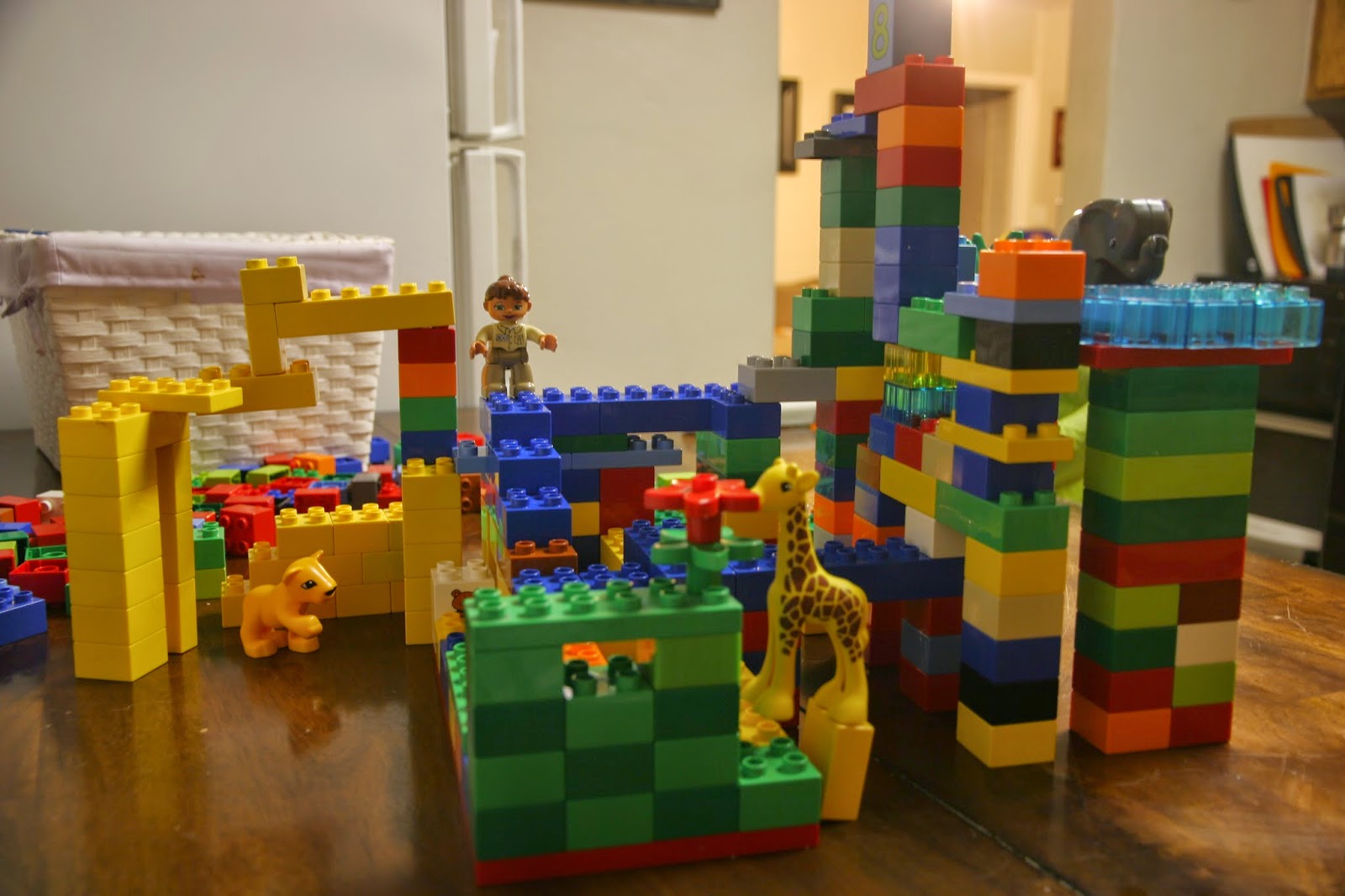 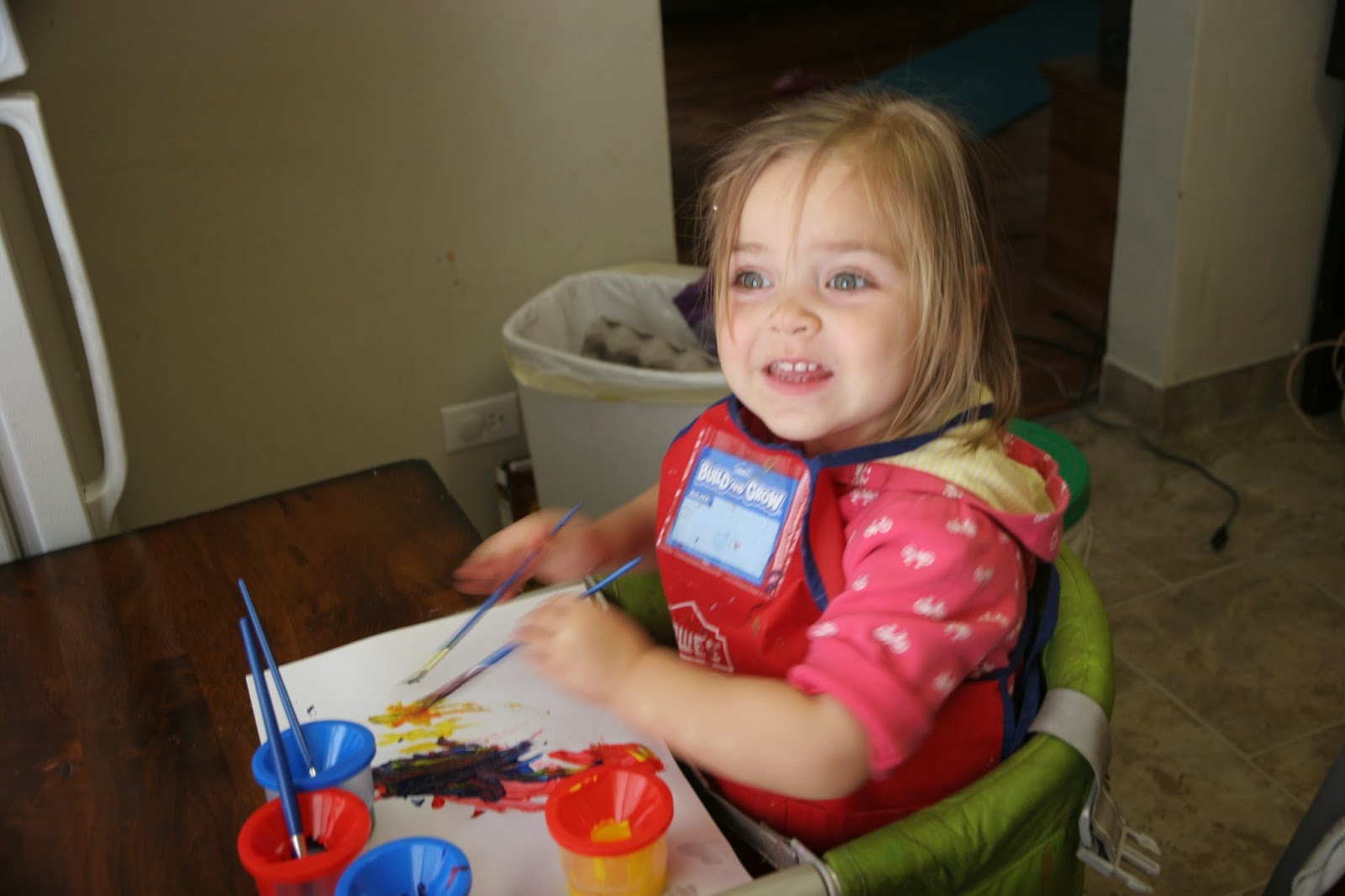 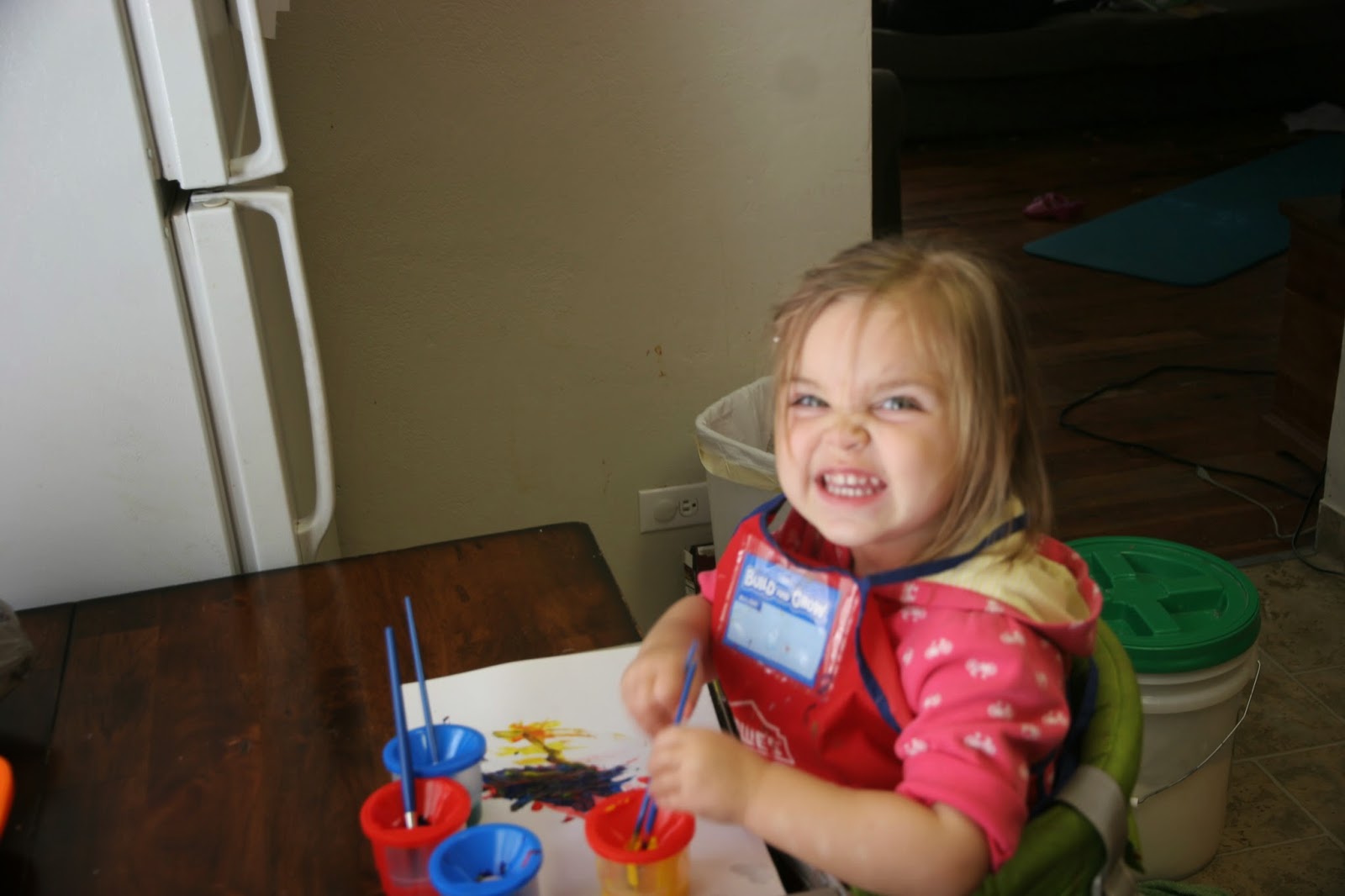 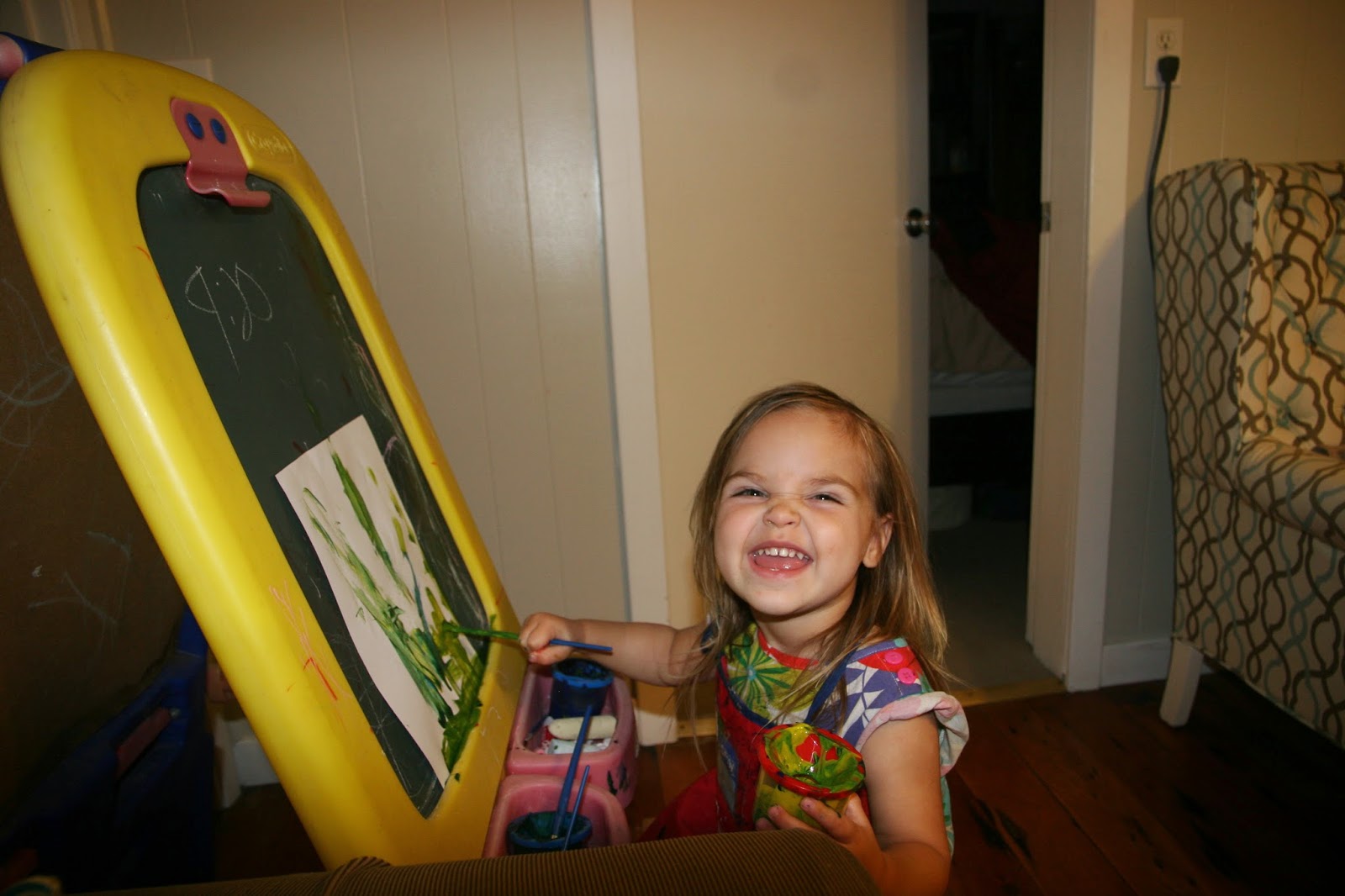 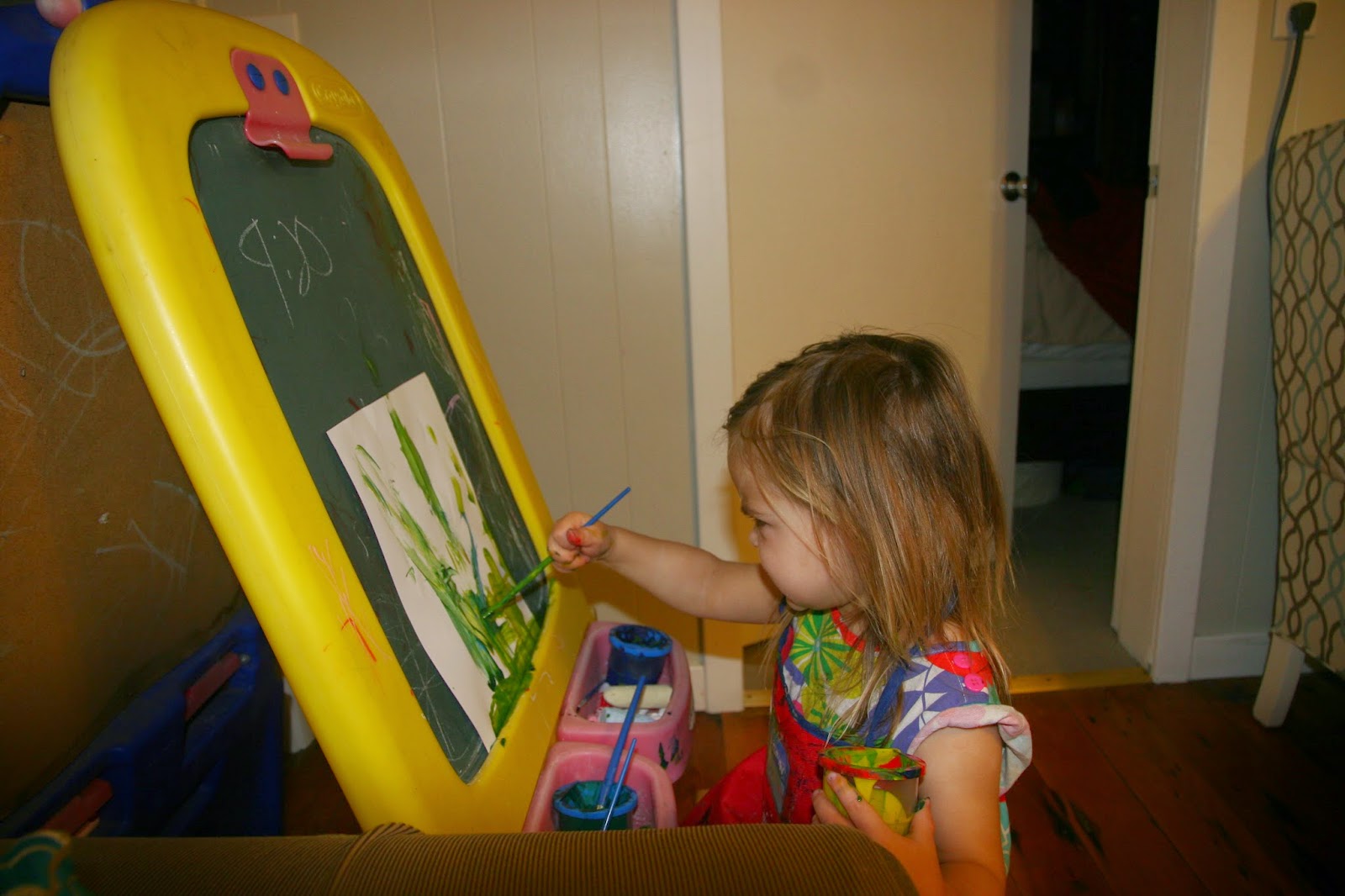 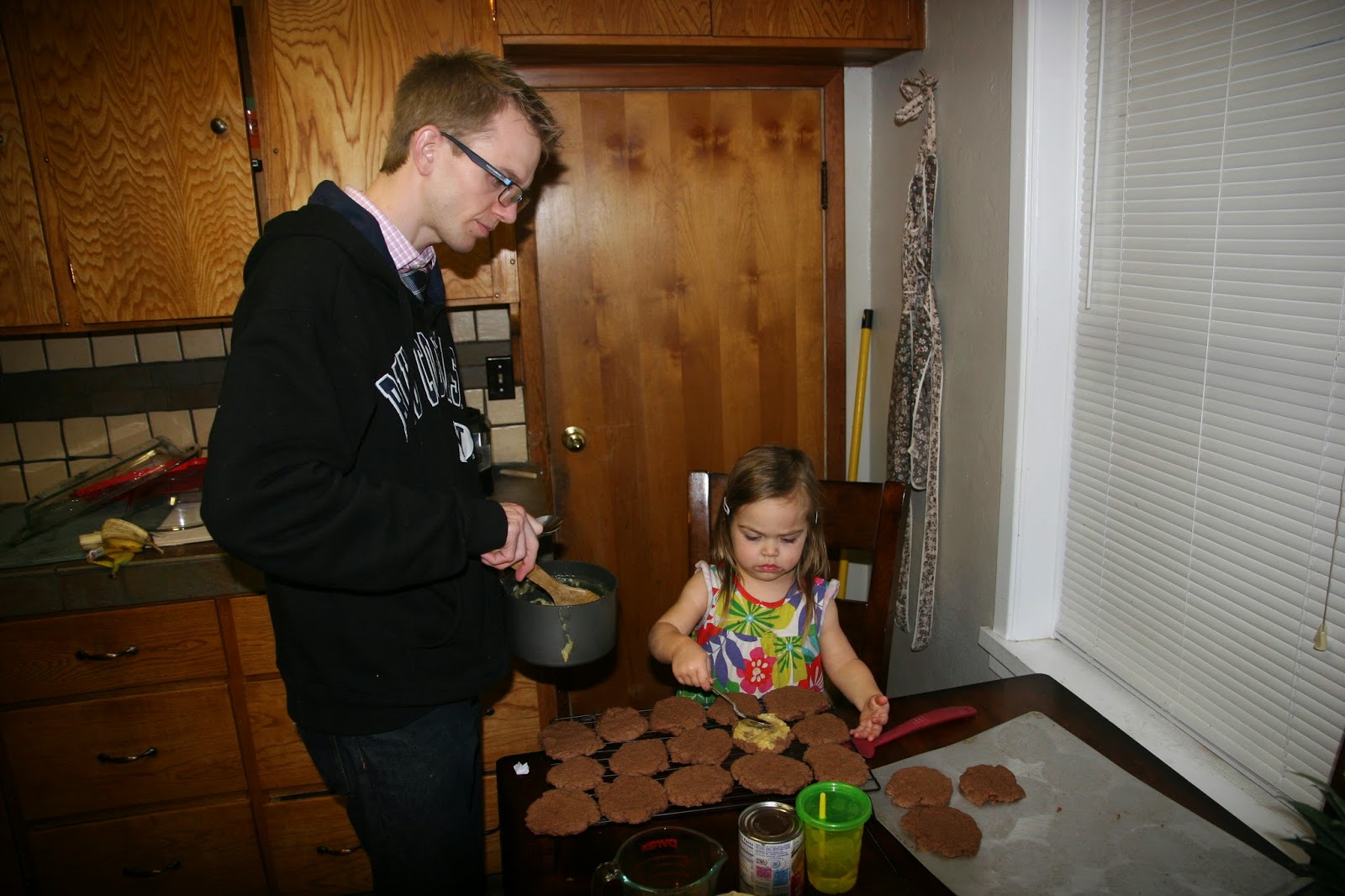 Trying a German chocolate cookie recipe to take to a family that just had a baby.  They didn't taste very good, but we took them anyways because I didn't want them at our place.